Brussels has the intention to make its mark on the tattoo world. If you are getting a tattoo, you probably care most about the design’s quality, as well as how much it will hurt you. However, the European Commission is more concerned recently about the potential health effects of becoming a human canvas.

At the moment, there are no EU-wide standards on what a tattoo artist can inject into the skin. Colorants have to satisfy some strict safety regulations if they are utilized in cosmetics or textiles – however, there are no such official barriers if utilized in a tattoo parlor.

ECHA or European Chemicals Agency thinks that for the sake of the safety of the customer, that has to change. 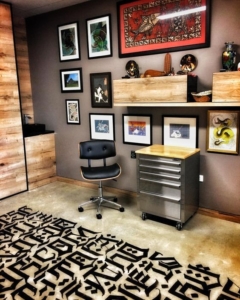 However, regulation is going to prove difficult. The industry is fragmented, with a lot of small operators. And providers generally make some pigments for some other purposes which are chosen by artists as tattoo inks.

Moreover, the research underpinning the concerns about health is not clear-cut. Even though some of the substances which are found in tattoo inks were proven to be carcinogenic, there was not any study that directly tested the link between tattoos and cancer in humans.

Last year, the Commission asked ECHA to research the substances in the inks which are used and to determine whether they are secure to inject under the skin, to take stock of the chemicals that are used in tattooing, as well as the potential risks they pose.

At the end of last year, ECHA released the results, which said that the largest chemical restriction which was ever proposed regarding scope, involved more than 4,000 chemicals, as well as running to 5000 pages. The scientific committees of ECHA are going to send the proposal to the Commission later in 2018, which will have three months to decide to adopt it.

Labeling can be inconsistent, with some of the tattoo inks displaying a list of ingredients and a country of manufacture, while others are not. The main concern of artists is often whether the dyes are going to stay vibrant over time.

The inks themselves are, in general, not manufacturers, particularly for tattooing. Even with about 12% of Europeans having tattoos, the market is quite small. Usually, the pigments which are found in tattoo inks have been created for outdoor application in some products such as textiles, cars, as well as plastics.

One of the largest chemicals manufactures in Europe, BASF, stated that it has a long-standing policy that dates back more than thirty years, not to sell their products directly or indirectly to any company which is going to use those products in tattoos. However, those that work with tattoo inks say that this happens anyway, despite the advice of the company.

Even though there are no European union-wide rules on tattoo ink safety, there are seven countries, which include Sweden, Belgium, and Spain, who have to varying degrees implemented a resolution which was adopted in 2003 by the Council of Europe and updated five years after that. It stipulated that tattoo inks have to comply with the minimum requirements for cosmetics products, as well as foodstuffs, and rules out the use of some of the chemicals. However, the implementation of such rules was a failure.

One study conducted in Sweden this year has found that 12 of 34 tattoo inks in the country’s markets still contained some forbidden substances or too high levels of contaminants.

What would solve the problem is the creation of wide regulations inside the European Union.

One fundamental question is whether tattoo inks cause cancer.

While more than 60% of the chemicals in tattoo inks are azo-pigments, which is a type of compound that after injected, can break down through UV exposure and spread potentially cancer-causing particles to some other parts of the body, the connection between such chemicals in tattoos and cancer is not clear.

There were researches conducted on animals that pointed out to pigment particles being found in lymph nodes and the liver, and which suggested that they are transported around the body. However, studies in mice have not shown an increase in cancer risk after the exposure.

There were no epidemiological studies testing the potential connection between tattoo inks and cancer, but that does not have to mean that they are not happening.

Also, ECHA characterized the cancer risk as theoretical, saying that there is no indication that cancer concern is a real concern.

The major health problems which clients can experience are allergies and skin irritations, and a lot of in the industry feel that those would be better addressed with some extensive labeling on product bottles, more education on the effects of tattoos, as well as establishing standards of hygiene and sterility.