Sometimes, it can be hard to decide what tattoo design will be best for you. You want something cool which will reflect your personality and taste in design. There are millions of tattoo art designs around the world. Most of the time, they belong to categories such as animals, religion, plants, mythology, military matters, and so on.

The choice of a tattoo is personal and reflects the desires, as well as tastes of the wearer. It does not provide insight into the lives of the artists that create it. Tattoos are done as expressions of independence for cultural and religious reasons, or to adorn your body. Artists accomplish tattooing by injecting pigment into the deeper layers of the skin. They often do this by way of needles or air pressure.

Just like we said, people do them as expressions of independence, or only to adorn their bodies. For this purpose, the tattoo design has to be full of meanings and symbolism. Moreover, it has to be beautiful and attractive.

Here, we will talk about three specific tattoo art designs which have deep meanings, and people simply adore them:

According to an ancient eastern Indian thought, there are five basic elements or forces of nature which compose the Universe. These five forces have another name, Pancha Mahabhootas.

Pancha Bhoota or also Pancha Mahabhoota, are the five great elements, or five physical elements. They are a group of five basic elements, which, according to Hinduism, is the basic one of all cosmic creation.

These elements are Earth, Water, Fire, Air, and Ether, or the Sky. These elements have different characteristics, and they account for different faculties of human experience.

These five forces of nature constantly find their uses in tattoo art, usually represented in combination. However, they can be represented alone, and in that way, symbolize various things. 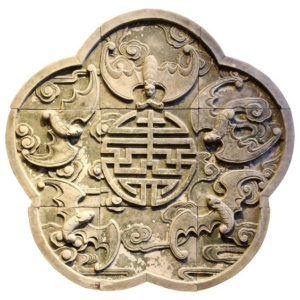 luck in China’s culture. In the Chinese language, the word “bat,” fu in Chinese, sounds identical to the word for luck, which is also fu. One bat is the symbol of happiness. Two bats drawn on the wrapping of a gift convey best wishes and good fortune.

However, five bats or wu fu, stand for the five great blessings, which are long life, wealth, health, love of virtue, and natural death. Sometimes, the bats can circle a stylized glyph, which is the symbol of prosperity. This implies that the prosperity of the person is as a result of its virtuous life.

The number five is usually seen as an auspicious number in the tradition of China, and it finds its associations with the five elements. The five elements are essential for a good life and the basic organizational principle in the five blessings. In tattoo art, the five great blessings have the same meanings as in tradition and culture.

The compass, square, and the letter “G” are the most common of the symbols for freemasons. The Freemason is a secret fraternal order which originally sprang from the guilds of stoneworkers or masons of the Middle Ages in the British Isles.

Considerable speculation regarding their motives and activities exists, and there are a lot of branches and variants of Freemasonry worldwide. Because of that, it is hard to describe them in general terms.

But, we can probably say that they espouse morality, obedience to the law of the land, charity, and belief in a Supreme Being. Also, they symbolize the immortality of the soul.  The basic symbols of the square and compass come from the mason’s and builder’s craft. The letter “G” has different meanings, such as gnosis, which means knowledge, God, geometry design, and also generation.

Nowadays, the themes of working raw stone into a finished product find their application to humans rather than lithic material. Freemasonry also finds its use as the signal of membership. Therefore, it finds its use in tattoo art, with meanings that we already mentioned.

Remember that before choosing your new tattoo design, you should think carefully and search for its meaning and symbolism. You should do that in order to avoid unwanted consequences.