When you think of Egypt, the first thing that comes on your mind is the pyramids or the Great Sphinx. But, it extends far beyond the monuments, as ancient Egypt is the framework for civilization. Egyptian culture has a rich meaning and history. They are people who practiced ancient art in the past. Their love for the ancient art is present in their structures, paintings, and even tattoos. One thing about their art is that it uses symbols that are hard to decipher. Such symbols make their art even more admirable, as well as intriguing for people around the world.

If there is one thing that the Egyptians mastered aside from moving massive stones, it is an organization. From writing to religion, government, and more, the historical importance of Egypt continues even today. But, when it comes to meanings and symbolism, they are virtually quite endless.

For example, the Egyptians believed profoundly in life after death, with the ankh representing eternal life and safe passage. Even the dung beetle was the symbol of rebirth.

The ancient Egyptians are the first known culture to have tattoos and multiple symbols with specific meanings. They had a unique image-based alphabet, the Hieroglyphs, and each “letter” was based on sculpture, animal, or go central to the ancient Egyptian culture. 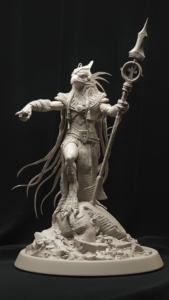 You can show your appreciation to the ancient Egyptian culture and art if you get an Egyptian tattoo. Even if you don’t have Egyptian roots, you can still have an Egyptian motif for your tattoo. But, before everything, remember to research the meaning of the chosen symbol or design. Do this in order to avoid offending other beliefs and cultures.

One of the reasons why these tattoos are extremely popular is because of its reach symbolic or ornate imagery. One common Egyptian tattoo design is one of Horus, an ancient Egyptian god. Here, we will talk about the god Horus and its uses in tattoo art.

Horus is one of the most significant deities in the culture of ancient Egypt. The worship of this god started from late prehistoric Egypt, and it continued until the Ptolemaic Kingdom and Roman Egypt. In history, there are different representations of Horus, and those representations were treated as distinct gods by Egyptologists. These different forms may be different manifestations of the same god or deity, with the emphasis on certain attributes.

Horus is the falcon-headed ancient Egyptian god who was the symbol of keen-eyed justice from which no one could escape. The Eye of Horus often represents this god. However, his depiction in full body form ranged from a man with a falcon head to a pure bird form with wings outstretched, and the disk of the Sun suspended above his head.

In his legendary battle with Seth, Horus was cut to pieces and had an eye torn out, but Thoth reconstructed and reanimated him. He was the symbol of the constant battle to preserve cosmic balance and bring the victory of the forces of light.

The earliest recorded form of this god is the tutelary deity of Nekhen in Upper Egypt, the first known national god. He had a connection to the ruling pharaoh, who represents the manifestation of Horus in life, while Osiris in death.

Horus is the son of Isis and Osiris. He plays a fundamental role in the Osiris myth as the heir of Osiris and rival to Set, Osiris’ murderer. In another tradition, Hathor is the mother of Horus, and sometimes his wife. Horus served various functions, most notably being the god of the sky and kingship.

The gods, as well as goddesses of ancient Egypt, are some of the most interesting deities in this world. Their symbolism and myths never disappoint, and they inspire excellent tattoo designs.

The god of the hunting, war, and the sky, named Horus, is one of the most important Egyptian deities. Maybe it is also the most iconic one. It is usually present in the form of a falcon, or a human with a falcon head.

He is the ruler of some parts of the sky, earth, and even the underworld. In an image of many meanings and symbolism, Horus became a popular tattoo theme.

Tattoos of Horus draw from the complete repertoire of vibrant Egyptian imagery. They can be both done in black-work or ultra-colorful. One popular tattoo which finds its association with this god is the Eye of Horus.

Horus is a really important figure in ancient Egyptian beliefs and culture. That’s why tattoos of this god will also have great importance for the wearer. You can choose this tattoo, especially if you love ancient cultures and traditions, and you are fond of deities and gods. However, remember to search more about the meaning of the tattoo before you decide to get it.

Do this in order to protect yourself and prevent offending some other cultures and traditions in the world.