Life would not be possible without the sun. This is the reason why it is a very important and meaningful symbol with a long history. Sun tattoo designs can be designed in a variety of different colors, sizes, and styles. Not all suns are yellow balls with rays shooting out of them. 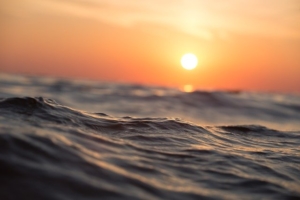 This star represents the center of our galaxy and gives off heat, light, and energy and makes life and growth possible for all living things on earth. When we take a look at the ancient symbolism, we find that many different cultures have worshipped this star as the source of life. In these cultures, he is represented as life-giving energy. Since the sun is depicted in the recorded accounts of nearly all ancient cultures, that makes it arguably the highest-regarded symbol of life on earth.

For the ancient civilizations, this bright star represented a symbol of vitality and fertility. Native Americans, for instance, considered the sun to be the guardian of the day with the power to heal. One of the most ancient designs is a circle with a point in the middle. This design is commonly used in astrology and astronomy. The ancient Egyptians associated the sun with Horus (the rising), Ra (the sun’s zenith), and Osiris (the setting). Another ancient depiction is the solar wheel and the sun cross, a circle with a cross-centered in the middle (the cross has equal sides, not like a Christian cross symbol). There are many different variations of this cross, including some from the Middle East.

Some cultures believed that this was sacred and used it as a holy symbol. These civilizations, like the Greeks, Romans, and Egyptians, even worshipped this star and viewed it as a god. The Greeks associated this star with the eye of the god Zeus and the Hindus saw it as the eye of Varuna, the divine rejuvenator. To the Incas, this design stood for the “divine ancestor of the nation.” The Zia Indians held this star as a sacred symbol and would paint it on their ceremonial vases. The ancient Chinese considered the sun as the great male principle, the ultimate Yang. They even personified the sun as a great, cosmic eye in the sky.

There are some religions, such as Christianity, where this star represents life, energy, force, strength, power, and rebirth. Others also believe the sun represents Christ and his many attributes. Here, the moon and the sun are associated. However, the moon and sun tattoo has its meaning.

Alchemically, this is symbolic of the mind or intellect. Its material is considered to be gold, and its planetary sign (a circle with a dot in the center) is also a chemical symbol signifying completion of great work. This sun symbol stands for the self in relation to a cosmic whole. The sun symbol, a circle with a dot (☉), first appeared in Europe during the Renaissance and is still used in astronomy today.

In astrology, this star is symbolic of the outwardly-expressed self, the part of oneself that shines openly upon one’s friends and family. The position of the star at our time of birth determines our sun sign and outward personality.

Animals and flowers also represent this star. The eagle was a symbol of the sun rising in all-powerful glory, and the tiger has been associated with a setting sun. The phoenix and dragon are also associated with the sun, altogether with the rose, lotus, chrysanthemum, and sunflower. All of these animals and flowers can be and are used in tattoo designs. They can be used for their symbolic meanings or just for the beauty of the design.

The Sun and Moon design are definitely the most popular designs. These tattoo designs tattoo represent the two sides, “yin” and “yang,” and finding balance in life. The sun and the moon are thought to have opposing energies; nevertheless, when they combine, they form a strong union. Some people consider this tattoo to represent the union between man and woman. As previously said, this is a symbol of life and energy, while the moon represents instincts and emotions. It also describes the subconscious, unconscious, and the unknown. The Sun and Moon tattoo are believed to represent the balance and harmony of a person’s character. Some couples decide to get matching Sun and Moon tattoos or split them up: The man gets the sun, and the woman gets the moon.

Tribal designs are a popular choice since the beauty of the tribal style makes a unique and bold tattoo. This design is popular among Japanese, Chinese, and Hindus. The tribal tattoo design concentrates on the partnership of life and the sun and represents leadership, strength, light, and creativity.

The Celtic tattoo design is another popular tattoo choice among men and women, represents healing, fertility, and the source of life. According to Celtic mythology, this is associated with a number of gods and symbolizes heat and medicine.

The black tattoo is shared as a design. It represents the end of something old and the beginning of something new and can be associated with transitions from dusk and dawn, day through the night. Others believe that the black design represents rebirth.

The sunrise we witness every morning is a symbol of renewal and rebirth, and that each day begins anew and is full of exciting possibilities. This tattoo can demonstrate your optimism for the new opportunities that each day brings. This tattoo has several different design possibilities, but whichever you choose, you should try to include vibrant colors to symbolize the optimism of the new day and its possibilities. In general, the rising sun tattoo design should consist of a sun rising from a horizon: this could be a simple horizon scene of clouds, or it can be more personalized to reflect the place you live in or are from.

Another way to personalize this design is to personify the motif. In some cultures, this is a symbol of masculinity and seen as a protective entity; therefore, you may wish to give it somewhat masculine features, perhaps even inspired by your father. This could be an especially meaningful design choice if your father has passed away, as the sun could, therefore, be a representation of him watching over you each day.