There is not a single person on the planet who doesn’t listen to music every day. So, it’s not a surprise that many people show interest in music tattoos. The meaning of music or music note tattoos depends on who the owner of the tattoo is and what music means to them.

Music is a metaphor for life and is a widespread theme for tattoos for those who have a devotion to music and vitality. There are several ways for your tattoo to become a symbol of music, for instance, 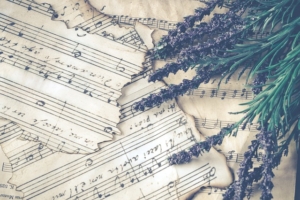 by getting instruments and musical notation. Most often, these images portray the dedication of a musician to his or her music. Also, they represent a dedication to the production and creation of music in some other way.

A lot of people decide to get a musical note as their music tattoo. The most obvious reason for that is because it can fit just about anywhere on the body. Moreover, it can symbolize everything that they love about music.

The main symbolism behind a music note tattoo is the love and passion for music or the feelings of energy and hope for a brighter future. Since music arouses strong emotions in many people, these tattoos have a broad spectrum of meanings. Everything depends on the particular emotions a piece of music evokes in an individual. The difference in the symbolism of these tattoos comes from their usual combining with other symbols and notes that may replicate a piece of music, represent initials as music is represented by letters A through G, or signify a noble idea.

The origin of music tattoos remains a mystery. This is because there are no accurate historical records that can prove their origin.

The only thing we know is that tattoos have been with us from time immemorial, and so has been music. However, tattoos were virtually taboo in many societies. Depending on the designs and themes, different societies began giving them a positive reception at different times of history.

If we talk about the music note designs, it’s safe to believe that the first people to popularize them were the musicians themselves. This is due to their love and passion for music. Probably the sad fact that will continue eluding us is the actual origin of tattoos of the music note category. However, for all we know, musicians have done a lot in promoting them. You can hardly find a modern music superstar with not one or two such designs on their bodies.

One of the most popular music note designs is a swallow bird tattoo design with a music note. Often this is a strong music note design that represents one’s love and affection for music and loyalty towards it.

People believe that swallows transport the souls of drowned sailors to heaven. These tattoos serve to create a connection between an individual’s physical and the spiritual world through music.

We use this kind of tattoo design to depict a sense of the eternity and the timelessness of life. You can capture this when the notes are drawn with a clock face. In this way, you give an individual the sense that life is an everlasting state of existence. This sense of eternity is inspired by the idea that when someone dies, their drums’ beats protect the eternal connection with them. The best way to show just that is to get a music note design with a clock face.

We can also use music note tattoos to express a general feeling of someone’s perspective and attitude towards certain subjects. For instance, when they appear with the lily, they could signify one’s belief in purity, chastity, and innocence.

In this instance, the feelings of purity, chastity or innocence, could have many implications. Aside from the apparent meaning of sexual purity, it could also represent the individual believes in music that advances these feelings and opinions.

Another meaning is also the meaning of love for a particular musical instrument. Several designs are drawn of all kinds of musical instruments such as the guitar, the keyboard, the piano, et cetera. When it comes to musical instruments, every music lovers have a preference. So they often would wish to show their preference by drawing the instrument on their bodies in addition to the note tattoos.

All in all, music note tattoos are not only some of the best tattoo designs ever created. They are also full of all kinds of meaning you can choose from. With these tattoos, you can pass messages using one of the fascinating areas of human life- music. This means that you can never be wrong with a music note tattoo.