Scales used for weighing and measuring are a known symbol of justice in many different cultures because they are instruments of measure and precision. In ancient Egypt, Osiris weighed the souls of the dead against a feather. Michael, the Archangel of the Day of Judgment, holds a pair of scales. The scales imply balance as well. Since souls are never perfect, nor lives lived entirely with a pure history of good deeds to be measured, it is instead hoped that the goodwill balance the evil.

This is the reason why when you see a set of scales, you likely think of justice, but there are different kinds of justice and various meanings that could be associated with scale tattoos. Scale tattoos are gaining in popularity nowadays, and each of these tattoo designs has a particular meaning and purpose.

Here are some of the most inspirational scale tattoo designs:

Lady Justice represents an iconic image and personification of justice itself. She is a common sight in any legal setting and stands for a symbol and image of the moral force in judicial systems. She is the amalgamation of the Roman goddess of Justice Iustitia and her Greek equivalent Themis, among others.  Lady Justice is almost always depicted with a set of scales suspended from her left hand- upon which she measures strengths of cases support and opposition.

Furthermore, she is often seen grasping a double-edged sword in her right hand, symbolizing the power of reason and justice, though also punishment on either side. Since the 15th century, Lady Justice has been presented with wearing a blindfold. The blindfold is held to symbolically represent objectivity- as justice should be given out objectively, without fear, favor, regardless of money, wealth, and power. Both the scales and blindfold show that evidence must be weighed on its own merits. Lady Justice tattoos are strongly associated with a person’s morality and inner beliefs. No matter whether they are done in a traditional style or depicted in a more realistic manner, Lady Justice tattoos are very potent tattoos, with their meaning well established. Images of Lady Justice in ink are a dramatic sight and often incredibly powerful.

For those people who are proud of their horoscopes and the astrological qualities they possess, a zodiac tattoo is a perfect choice. People born under the sign of Libra, a scale tattoo, is the most common choice since a scale is the symbol of this zodiac sign. It’s a common knowledge that Libras are people who cherish balance in life, and avoid conflict whenever they can. They prefer peace over anything and weigh out their options to keep things that way, which makes the scales a perfect symbol for these personality types. Other tattoo design options represent this star sign, but scales design and the Libra sign are closely associated with one another.

There are some occasions when individuals choose scales alone tattoo design. When this tattoo design with a set of scales is used on its own as a tattoo design, the meaning can be somewhat ambiguous. This design is a perfect choice for you if you want a tattoo that has personal meaning to you, but isn’t overtly obvious in what that meaning is. Scales be representative of weighing out options, or pros and cons, during an important life decision. Furthermore, they can also stand for injustice, depending on which end your scale tips at. Scale tattoos as a standalone design can be an excellent minimalist piece, and you will be able to add any variety of details to customize the meaning. A clock with scales, for example, could mean that you’re unsure of time or aging, and are conflicted about life passing you by. Since a scale tattoo is a simple and versatile design, it’s your choice of what is going to signify, and you can easily customize and make your own. 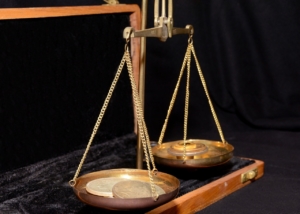 Scale tattoos can represent other different ideas, but the main ones are justice and the Libra horoscope sign that was mentioned above. These designs are common choices for both men and women, probably because of the freedom that it allows. This is a type of tattoo design that can be successfully done in any size, on any part of the body, allowing for a ton of creative freedom for you and your artist.  Before you decide to get a scale tattoo of any kind, it is essential to research the meaning and symbolism behind it and be sure that with the choice, you are conveying the right message. If you’re a proud Libra, or you’re facing an important life decision, a scale tattoo could be a great way to pay tribute to these things.