A skeleton key is something that everyone has seen before. This key looks as if it will grant you access to enter an ancient or haunted place. This attractive looking key is very old and has its own story that explains its origins.

In many movies and stories, skeleton keys were intriguing tools. The fact that a key can attract so much attention is fascinating. The skeleton keys also look astonishing as tattoo designs as they have an enigmatic look to them and can be placed almost anywhere on the body. These tattoos belong to the category of old school and, with their look, cause people to wonder about the meaning and from where they came from. 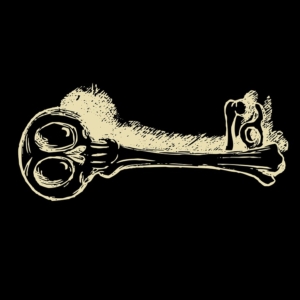 History of the Skeleton Key

The skeleton key’s essential use is to open a lock, and this is the apparent part. These keys are also recognized as passkeys since they can open many different locks known as warded locks. Most people, when asked, associate the name of the key with the shape of it. However, the truth is different since the reason for the name is because they are a bare-bones key. There is nothing related to that except what’s needed to open a lock. The original skeleton keys consist of a single rectangular tooth and a cylindrical shank.

In the time when the lock and key were first introduced, they were made of wood. These keys originate from the long way back in Egypt and Babylon. However, these keys didn’t last long because they were big and bulky and could be opened by force. Ultimately, the mechanism changed, and in the mid-1800s, flat and modern keys like the ones known these days started to be used. Until after World War II, people still used skeleton keys in most houses. Even nowadays, there are some homes built before the 1940s, where these keys are still used.

Because of the history of these keys, they hold a lot of symbolism. It is a known fact that keys serve to open boxes, cabinets, or locked rooms. From there, the symbolism of this tattoo design starts with discovering or opening something that holds a secret. People have many things they hold close to heart, and this skeleton key tattoo symbolizes that. Skeleton keys are frequently able to open more than one door, so there is a lot more symbolism behind that.

In a religious sense, this tattoo motif is significant too. There are many declarations of “holding the key to heaven.” The Hierophant in the tarot is known as a religious character with two keys crossed on the picture. When we talk about Judaism, the key can be representative of impregnating a woman.

The skeleton tattoo is often depicted to make it look cool, but some designs have specific meanings and symbolism to the person with it. Below are a few designs of skeleton key tattoos that look cool.

In many designs, the key is depicted with a skull on top of it. Besides the obvious link of the skeleton key and the skull, many people are supporters of the darker side of life. This tattoo might symbolize a key opening up the darker side of the person wearing this tattoo. But it can also serve only for a badass look.

If you want a tattoo design to represent that you have a key to someone’s heart, then the skeleton key tattoo with a heart design at the top is just the one. This skeleton key has a unique look, but also, by adding the heart, you add a different element to the design. Because of having a “key to my heart,” we often see hearts related to key tattoos.

When you incorporate a crown to the skeleton key, this tattoo is considered a symbol of having the keys to the kingdom. Since many people refer to their soul and body as their temple or kingdom, adding a crown to the design might symbolize you being the king or queen of your sphere. It just seems to fit right, so if you are thinking about getting your skeleton key tattoo, consider this as an option.

If you are interested in getting your skeleton key tattoo, get creative with it. It is already a cool and unique symbol, but you can make it your own by adding some preference elements.