Over the years and all over the world, the snake has played important parts in the imaginations of humanity, and as a symbol, the snake is as potent as poison. As an animal symbol, the snake tattoo represents all of the traits and attributes of the snake-like: sinuous, secretive, sleek, sneaky, and seductive. Snakes represent many powerful things both psychologically and symbolically, and as a life symbol or animal spirit, they are powerfully evocative. As Nietzsche once said, “The snake which cannot cast its skin has to die; just like the minds which are prevented from changing their opinions; they cease to mind.”

In history, snakes have enjoyed a vast array of symbolic meanings that are both positive and negative. Snakes hold symbolic value in several ancient cultures and often play parts in old stories, legends, mythology, and religious texts. Throughout history, the snake has been portrayed to be a symbol of evil, but it has also been viewed in a positive, virtuous, and good light as well. Nevertheless, evil or good, the snake is universally powerful and strong.

Snakes are considered some of the most misunderstood animals in the world. Although some are dangerous, the majority of them are harmless to humans. They usually shy away from human contact. When humans are struck by a snake, it is always in self-defense. A snake is intelligent and knows that patience will pay off when it hunts. They live in darkness and come out to hunt before dusk. Most of the snake’s bites occur right before dark.

However, there are a variety of snakes that can kill humans in one lethal strike. Some, such as the cobra or rattlesnake, can cause death within a few minutes. 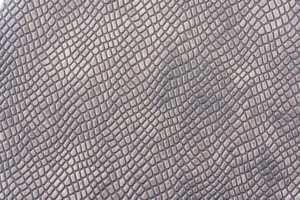 These dangerous snakes can be found from Africa to America. Due to that, the snake has been a longtime symbol of danger.

Snakes are also able to shed their skins, and by this act, it can be seen to represent rebirth, transformation, and change. As a tattoo, on the other side, the snake can similarly represent a brand new start in life.

One of the most famous stories of a snake probably comes from the Bible. When God made Adam and Eve, he placed them in the Garden of Eden and told them that they could have anything from the garden except the forbidden fruit. A snake referred to as the “serpent,” came along and tempted Eve with the fruit. In the end, she ate it, and sins began as a result. As a result, the snake can represent temptation, sin, and evil.

Across cultures, serpents represent fertility and creative life force, and since they shed their skins, they are apt symbols of transformation, rebirth, healing, and immortality. In ancient mythologies, the snake often represents a symbol of knowledge, wisdom, fertility, knowledge, and patience. Snakes are considered sacred in a number of different cultures, including the Native Americans and Africans. Native American Indians linked the rattlesnake to rain and lighting. It was believed that snakes played a role in creating the planets. The snake has both masculine and feminine qualities. As a tattoo, it can be worn by both men and women.

The Snake in Chinese Astrology

The Chinese do not associate the snake with danger and evil. Instead, they focus on the fact that the snake has a secretive lifestyle. They associate this sign with grace, wisdom, organization, wisdom, wit, mystery, and divination.

When we talk about the meanings behind the snake tattoo, there are many, both positive and negative.

Any of these meanings can be associated with your snake tattoo. However, in the end, your tattoo will represent what you want it to. It is always best to do your own research when it comes to choosing a tattoo symbol. It is essential to understand what your tattoo represents to you and to others.