Cartoon tattoos are very popular worldwide for a long time; actually, they never seem to go out of style. People who feel young at heart want to put their favorite cartoon characters on their bodies. Most than anything else, there are tattoos of cartoon characters on people’s bodies. Even the famous fashion designer Marc Jacobs possesses a Sponge Bob tattoo. Many people decide to get crazy tattoos over spring break, usually resembling Disney characters. Nowadays, any Disney tattoo is one of the most popular cartoon tattoos to get. One of these characters is the Tasmanian devil. 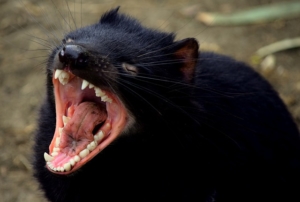 Your age is not important when it comes to getting a cartoon tattoo. This is because the process is just a fun way of expressing your youthfulness. Watching cartoons is all about feeling good. Their purpose is to take you back to when your biggest worry was what kind of cereal to eat. They promote a good feeling for children.

Moreover, they provide a lot of educational and moral lessons. As we get older and adulthood springs upon us, we tend to lose that innocence, that wonder that we had as children. Cartoon tattoos serve as a reminder that we can still be young at heart, even as grown-ups.

You can even make an old favorite even more intriguing by adding some evil twists to some initially lovely characters. You can get a Disney princess that has a tattoo or piercing. Only the sky is the limit for any tattoo design nowadays.

Cartoon tattoos can be an ideal way to memorize specific childhood memories or to have a little nostalgia in your life. If you love tattoos that bring you dear and adorable childhood memories, then the tattoo of the Tasmanian devil is the perfect choice for you.

The Tasmanian devil is a very popular character where the Bugs Bunny animated cartoons are shown. He is present everywhere in the cartoon world of tattoos in the United States. Perhaps wearing a sailor hat, holding a pint of beer, or wearing Hawaiian lei, he is easily customized. His defining characteristic is his whirling and tornado-like mode of travel, eating any animal in his path. But his appeal lies in the fact that all of this is done without malice. He is a tremendous force of animal energy that is instinctual and not planned or plotted. He is somewhat innocent, easily, and often duped by the smart Bugs Bunny.

For several reasons, Taz has proven repeatedly to be the seemingly most popular cartoon character when it comes to tattoos. The Tasmanian devil is possibly Australia’s most significant cultural ambassador, edging out luminaries such as Yahoo Serious and a couple of guys with “crocodile” in their name.

Taz made his first appearance in 1954, and ever since, this brilliant piece of Warner Brothers’ intellectual property has been popping up in tattoo ink throughout the world. He was created by legendary animator Robert McKimson and quickly became a mainstay in the expanding stable of Looney Tunes characters. Even among superstars like Bugs Bunny and Daffy Duck, Taz proved to be a breakout star.

In 1991 Taz got his series. Containing 65 episodes over four seasons, Taz-Mania was a well-written look at the world of Tasmania chock full of jokes that hold up. Later that decade, he helped save the Earth from an alien invasion while playing for the Tunes Squad (the most incredible basketball team ever assembled) in Space Jam alongside such magnanimous athletes as Michael Jordan and Bill Murray.

But as time goes on, Taz may come to be best remembered as one of the most famous pieces of imagery in the history of tattooing. There are a considerable number of Tasmanian devil tattoos out there across the world. Moving like a mad vortex, this cartoon character became as much a metaphor for a grim determination as unabashed greed, with an added soft spot for the music of any kind.

While a Tasmanian devil tattoo may not appear as the best choice for eternal tattoo art, you can see just the opposite when you take a closer look. The unstoppable Taz, for all his forces of temper and appetite–to say nothing of his sputtering, often strange dialogue is the true essence of the beast (and man) who knows exactly what he desires when he wants it and how to get rid of the one who stands in his way.

Tasmanian devil tattoos, which are inappropriate with the character’s forensically shape-shifting nature, can be inked in all shapes, sizes, and styles. Whether it is the vibrant look of the Looney Tunes or an interesting black and white, the Tasmanian devil motif stands out in any tattoo design. Worn, large or small on any part of our bodies, Taz is a bold introduction for the man who blazes his trail through life, unapologetic about his gregarious gusto and dancing to the beat of, well, any music that moves him.