Although a normal man appears during the day, a full moon causes this person to change into a wolf-like man, more man than a wolf. All over the world, the belief in these legendary and transformative creature known as werewolf occurs in some form but is not always based on wolves. Even a psychiatric condition is recognized as lycanthropy, known for people who believe that they are wolves. The popularity of werewolf tattoos seems to grow each year. These tattoos are not only some of the most intimidating tattoo designs, but also, they have deep-rooted meanings that attract a unique breed. Whether the wolf is howling or transforming from human to wolf, the appeal is undeniable for some. 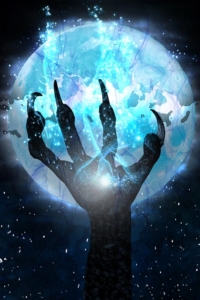 Suppose you are still considering the idea of getting a design for your tattoo that connects with you on a deep level. In that case, you need to take into contemplation all the symbolic representations linked with the werewolf tattoos.

The Man behind The Werewolf

Before the human can be transformed into a werewolf, it must first come face to face with the full moon. For some people, this represents a transformation or changing from one personality to another, but at the same time working in harmony in the body.

For some people, werewolves are these creatures that are one person on the outside, but below the surface, they have a much more robust and prevailing quality.

This person is not the pushover, as some people believe. When pushed, or in the case when they feel like they are boxed in the corner is when it will turn and bite you when you least suspect it.

The Power Of The Werewolf

The werewolf is a power to be reckoned with. If you push them, they turn into a warrior that has few in the way of rivals. For many people, this is a symbol of a character trait that they only reveal to some. If you can decode the tattoo, you should be worried.

A werewolf person is someone who will take so much, and then one day, when the stars line up, they transform into a person who takes no prisoners. Never mistake the gentleness of this person or take advantage of them. When they reveal their dark side, you will wish you have been on better terms with them.

The werewolf is not the same person as it appears to be. These people often lash out wildly or hastily without fear of repercussions. This hasty action can often be a very prevailing attribute or a hindrance, depending on the situation.

The Meanings Associated With The Werewolf

Those who decide to get the werewolf tattoos are not frightened of conflict. These are the type of people that you will want to work for you since they are ambitious, strong-minded, and, more significantly, persistent. The werewolf is not going to back off until the work is entirely done.

If something is too difficult, the werewolf uses force, power, and passion for completing the job. This is the ideal tattoo design for the person who is often underestimated. It is also excellent for those who are told their whole life that they cannot reach greatness.

The werewolf prospers when the others are running in fear. There is the only weakness that the werewolf has. However, not too many people today are walking around with a silver bullet, so they feel like the top of the predator’s list.

Even the hierarchy’s to pass a bad reputation in movies. The werewolf is attractive to many people who feel they have this unique personality under the surface that is about to make a manifestation. People with werewolf tattoos should never be underestimated since their bite is worse than their bark.

Ideas For A Werewolf Tattoo:

Nowadays, werewolf tattoos are undergoing a massive public revival, and their universal acclaim is undeniable. In a tattoo design, the werewolf is often combined with the moon for a sense of interesting, balanced duality. Because these fighters convert others into werewolves using their bite, teeth are prominently showcased in their tattoos. Some designs even represent people during a transformation or on the verge of turning back. It is also possible for a complete progression to be shown in a chronological sequence on the skin.

These are great tattoos for any individuals who feel like a lone wolf. They are also a symbol of a person who is hiding his inner beast. Werewolf tattoos speak directly to hardcore nerds and gamers. These ferocious monsters also attract fans of popular movies like “Harry Potter” and “Twilight.”

These are only some of the werewolf tattoo designs, but you can always create your own unique and interesting design. From this post, you can see that there is more to this creature than meets the eye.