Since the beginning of humanity, weapons have been part of their life. The bow and arrow, along with the throwing spear, are some of the most primal self-defense and hunting tools used, still used even today, although modified a lot. There is one thing that these weapons have in common, and that is the sharp tip close together at the end of the rod. This tip is also known as the arrowhead. There are different kinds of arrowheads. The most basic or classical arrowhead is the one with a triangular shape. Even though, when it comes to weapons, this is the most recognizable one, people who are interested in arrowhead tattoo doesn’t have to choose this type of arrowhead in their design. Below are some of the most popular arrowhead tattoos with their symbolism and meaning.

Archeologists have discovered a lot of arrowheads of Native American origin, altogether with other inventive artifacts. During the time of this civilization, they stuck to their roots and produced their weapons with the use of bone parts and other materials such as rocks. These uneven, pointed triangular edges that were secured to a sharp point that was put on the tip of a rod were used for hunting down animals so they would have meat and fur to feed and defend their families from the cold. 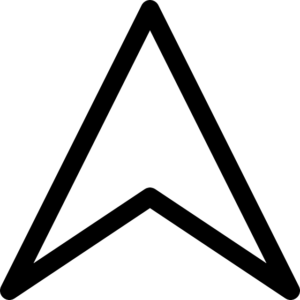 If you want your arrowhead to have a more realistic look, you can achieve that by showing the chiseled and rugged edges of the arrowhead is. This kind of arrowhead tattoo is perfect for people who want to show off their culture if they have an Indian origin. Even if you are not related at all to this culture, this is still a cool tattoo to represent some qualities about yourself.

The arrowhead, for instance, is a symbol of attentiveness. The sharp tip symbolizes your sharpness and your preparedness for anything attitude. Going from the fact that the Native Americans were master hunters, a tattoo of the arrowhead can also indicate that you, too, are a hunter that provides for their family. It can also serve as a way to reveal to others that you have some great survival instincts and a firm direction toward life. If you add a feather to the design, it adds some additional meaning to the design. Whoever wore the feathers, normally a Chief of the tribe, had a way of communicating the spirit world, and this image represents just that. The feather was a way to convey their wisdom of the Earth.

Before you decide to permanently ink your body with an arrowhead tattoo, research all the different variations and styles of arrowheads to choose which one would best suit you. The classic design is the one used by the Native Americans and Indian tribes, which, as previously said, is the one with a rectangular shape and comes to a sharp point. Even though this is the most popular arrowhead due to its ancient past, there are other forms of arrowheads that, throughout the years, have been developed for different reasons.

The bodkin style of arrowheads has a different form than the original one. The important reason for that is because it is a lot slimmer than other arrowheads. Being design in this way, allows the arrow or spear to fly longer in the air up to a higher speed. Thanks to its slick and slim body, the bodkin arrowhead has no problem cutting through the air.

The judo point style of arrowheads is entirely different than any other arrowhead that you have ever seen. This design has spiral wires that extend sideways, almost like barbs. This arrow is used for the only purpose of the arrow not getting lost so easily in the wild. It is perfect for hunting small animals.

Broadhead arrowheads are one of the most efficient and longest-lasting designs. Since Medieval times, the broadhead arrowhead was designed to be as dangerous as possible for faster killing. There are only a few blades that extend from the base of the arrowhead. These blades are sharpened in a way that they can effortlessly go in, and slice opens the victim upon contact. There are many hunters and archery enthusiasts who still use this arrowhead even today because of its high credibility and effectiveness.

People who have a deep love for archery and hunting and are interested in sticking to their roots are the perfect candidates for the classic stone arrowhead tattoo. People are free to choose from the other arrowhead tattoo designs or create their designs.