If you are interested in animal tattoo, you should know that birds make some significant and beautiful tattoos. In your search for a symbol representing who you are as a person, you will most likely discover that you can find it in birds’ characteristics and symbolism. There are countless birds with special symbolic meanings, but they are pleasing to look at as well. The blue jay belongs to those considered the best option from all aesthetically pleasing birds existing worldwide. Its striking blue color makes it identifiable to everyone. 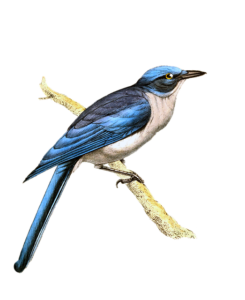 This is why the blue jay tattoo is one that many tattoo enthusiasts choose to get it done when they want a bird tattoo design. Not only is it an amazingly looking tattoo, but it has a lot of meaning behind, which adds to the reason for getting it.

About the Blue Jay Tattoo

Opposite to what most people believe, the blue jay isn’t, in fact, blue. The pigment of their feathers is brown, but when light is spread to its feathers’ structural parts, we see the blue color, which is the name’s source.

The blue jays are beautiful and live a long life, which can sometimes be translated into wisdom symbolism. The oldest wild blue jay was at least 17 years old.

When it comes to the food these birds eat, they are omnivores. They typically eat acorns, berries, and other vegetation. Still, they have been known to eat other birds’ eggs, but these situations are very rare. They also eat ants. The blue jay participates in actions called “anting.” This consists of taking an ant and rubbing it on its feathers. According to the scientific belief, the blue jay does this to make them fit for eating as ants can emit a harmful substance.

It is known that the blue jay is a monogamous bird that stays with the same mate until it dies, which is the best representation of the type of qualities the blue jay owns. Not only do they take to look after their mates, but they are very territorial as well. They will defend their nest and partner by coming down and attacking any unknown visitors. This rule applies to humans too, so if you notice a blue jay making negative flight patterns towards you, you are most likely too close to their nest.

The blue jay is known for being strong-minded, ferocious, and focused. This way, there is no surprise that these birds are commonly used as mascots for many teams in America. The blue jay is full of strength and energy as it flies through the air, not hesitating to go after whatever it wants. This bird owns an inner fire that is hard to suppress, so when you get the blue jay tattoo, know that you are symbolizing a dominant soul.

These are some of the most recognizable traits of the blue jay:

When it comes to the spiritual side, the blue jay tattoo symbolizes an enthusiasm for life and anticipation for the next adventure you will face in life. No matter what you are trying to achieve, the blue jay tattoo can be just the thing you need to motive you to move forward and take what is yours with power and passion.

The flying blue jay is one of the designs that best capture the blue jay in its quintessence since it always flies free with boldness and confidence. The appearance of a blue jay flying is genuinely astonishing, and it seems as if a stripe of color is flying across the sky.

This tattoo variation of the blue jay is the perfect choice for sports enthusiasts and fans of the pro baseball team, Toronto Blue Jays. People enjoy showing their love for their team by wearing hats, t-shirts, and jackets, but the diehard fan doesn’t mess around with that and gets a tattoo.

The blue jay is a beautiful bird that can be tattooed in so many different ways, each creative in its path. If you are keen on getting the blue jay or own some of the traits this bird is famous for, you should consider getting a tattoo of the blue jay.