The imagination of human beings is a rich place from which they mine images for use in tattoo art. This was done since some of the earliest appearances of tattoo designs and forms. However, we can also see that in the present-day world, we still do the same. We use floral, religious, mythical, animal, prison, or other imagery, for personal aims or to show how we see the world and the thing we believe in. 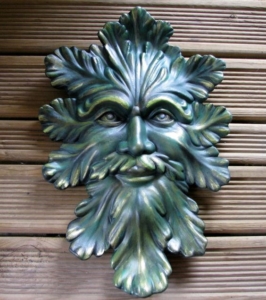 These creatures can represent both, the good or the evil, protector or persecutor, water or sky, and so on. Peoples such as the Norse, the Celts, the Maya, the Japanese, the Greeks, and many others, have a number of mythic creatures.

Mythic images from our fantasy world are instantly recognizable for some people like those from the real world. They also carry the same mythical, symbolic weight, if not more.

For instance, Celtic mythology took substance somewhere around 900BC. However, there is little known during these times until 400BC. At that time, the Romano-Celts wrote inscriptions and writings of Christian monks. As the Celts were illiterate, a lot of the deities from those times aren’t recorded.

The beliefs of the Celts were dominant until somewhere around 500AD when a lot of people decided to turn to Christianity. Nowadays, there are still practices of Celtic beliefs, and a lot of christen celebrations are on Celtic celebrations or feasts.

A lot of Celtic motifs find their uses in tattoo art. Some of them are popular, while others are less famous. One such motif is the foliate head or the Green Man.

The Green Man existed in a lot of different forms throughout history. He is present in a lot of different guises, but its most characteristic feature is the face covered by foliage—usually, the foliage sprouts from its mouth. The medieval cathedrals and churches carved the foliage head in stone or wood. Some people believe that Green Man was the bridge between the new beliefs of Christianity and Pagan beliefs.

The earliest known examples of Green Man origin back to classical Rome, even though its spread around Europe accompanies the Christian church. Before this name, somewhere before 1939, the Green Man was known as foliate head. Even though we don’t know the meaning of the foliate head in its first uses, we can speculate about them.

For example, it was probably the symbol of regeneration and rebirth, especially connected to the Christian beliefs in the resurrection. The Green Man is present carved on some pagan graves and temples and medieval churches and cathedrals.

Moreover, it was even used as a Victorian architectural motif. This used was all over the area stretching from Ireland in the West to Russia in the East.

The motif of the Green Man is in many variations. Found in various cultures from various ages worldwide, the Mythical Green Man usually finds its association with natural vegetative deities.

Just like we already mentioned, the Green Man is present in various cultures around the world. It is ahead made of foliage. The Green Man has its relation with the Celtic culture, still present nowadays on architecture around Britain and Ireland. Its architectural uses are usually on religious buildings.

In tattoo art, this motif will have the same symbolism as in the different cultures in the world. Just like we said, its principal symbolism is of rebirth and reincarnation. It can also represent the lushness of flourishing vegetation, as well as the coming of the spring season. Despite being the symbol of rebirth, it symbolizes the co-dependence between man and nature.

In various mythologies, the Green Man appears as a different character. As plants and vegetation are vital to life on earth, it is logical that every culture will have a deity that will be devoted to it.

According to some histories, the human head is of great importance to the Celts, as it was a container of the soul. In the past, the Celts tended to take heads as trophies in battle, and heads are frequent in Celtic art.

Just like we already mentioned before, the culture of Celts revolves around vegetation and trees. This means that the head of foliage was important for them.

But, in modern-day use, the Mythical Green Man finds its associations with environmental problems, renewable energy, and landscaping. A lot of music and nature festivals have the name of the Green Man too.

Overall, the head of foliage or the Green Man is an interesting tattoo design. It can stand on its own or in combination. And, if you believe in reincarnation and rebirth, don’t hesitate to get this tattoo.