Hold-fast is a popular phrase today, but only a small percentage of people know that its roots go back to the time when people sailed all over the world. More precisely, it comes from when Sailor Jerry was tattooing nautical themed tattoos all-over sailor’s bodies. This phrase was really popular at that time, and it is still popular today since the American 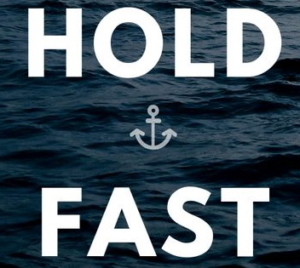 Traditional tattoos have made a strong comeback over recent years. It’s a phrase with a lot of concealed meaning, and the people want to know what it means.

The hold-fast tattoo belongs to the category of old sailor tattoos and comprehends the importance of this tattoo. You should know a bit more about sailors in the general sense. These are the kinds of tattoos through which people try to keep sailor superstitions and cultures alive. It is known that sailors were superstitious since they strongly believed that specific symbols helped them protect themselves from certain dangerous situations. According to them, these kinds of symbols could attract good or bad luck, depending on what it is.

For instance, the pig or hen was often used in this sense. During those sailing times, these images were commonly known as protectors from drowning. Because neither of these animals could swim, if God saw a shipwreck and saw these images, he would pick up those sailors with the images tattooed on them and put them on land. For this reason, many sailors wore these images on their bodies. Another example is the nautical star used as a navigator to help the sailor find his way home.

With this being said, we are free to say that sailors used anything that could help bring some good luck to their voyage in any way possible. Tattooing is one way through which you can keep the luck for your entire life.

This phrase consists of eight easy letters that are perfect for not taking up a lot of space on your body. This phrase is often tattooed on the knuckles since each word perfectly fits each hand’s four fingers. Besides the fact that the hold-fast tattoo was used as a sailor tattoo, it was around before. This phrase was the actual motto of Scotland Clan MacLeod. You can even find this phrase on their family crest combined with a bull’s head. These crests are still present and can be found in Scotland.

In this sense, the nautical version of this tattoo, which we see more often, might be used as a symbol to stay tough or dig in where you’re at, but it’s not what you think it is. In other words, it means to stay where you are and stop what you’re doing in nautical terms.

A hold-fast tattoo as a symbol is often chosen by those that work or used to work as a deckhand. This symbol is like the hula girl representing time stationed in Hawaii or the ship with full sails suggesting that they’ve rounded Cape Horn.

Most often, this phrase is inked across the front knuckles or combined with another nautical symbol. In many cases, people decide to have a rope used in the hold-fast tattoo to symbolize the deckhand’s job. In most cases, these tattoo designs are inked on the hands.

When the hold-fast tattoo is combined with some sparrows in the design, this tattoo serves as a symbol for a deckhand that has traveled at least 5,000 miles on the sea. These days, this tattoo might not mean the same, but it is the precise meaning for sailors.

There are different meanings behind an anchor. For instance, they are used to represent a sailor who has crossed the Atlantic Ocean. The anchor has also been known to represent the parents of the sailor. This means that when you see these two combined, it could mean a couple of things, but usually, it involves steadiness.

The hold-fast tattoo is a cool looking tattoo, and that can be used to represent whatever the owner wants. After everything being said, you at least know what it used to represent in sailing time. Either way, it is a unique tattoo.

The majority of people use tattoos as a