From the documentaries on National Geographic to Disney’s The Lion King, lions are kings of the jungle. However, just like there is a successful woman behind every successful man, in this case, behind the lion is his lioness. Some people even say that the lioness is running the show behind the scenes. She is responsible for taking care of the cubs. She even does the hunting. This means that the lion is nothing without the lioness, and there is a reason for that. People who understand this are the same people that often choose to get this tattoo design instead of the lion. They know the she is the so-called boss. But this big cat just takes care of business, staying in the background. She has a very powerful symbol in this world, and it’s no surprise that people love to get the tattoo of the lioness.

The female lion is called a lioness. She is the one that holds the pride together. The pride usually consists of about 15 lions, and the majority of them are cubs or lioness. There are a couple of males in the pride, and they most likely stick around for a few years before being replaced. This shows that females are the ones that make the pride.

The lioness does all the hunting. She works with other females to formulate a plan of attack. Even though when compared to the males, she is smaller in stature, she is fast and cunning. Even with all the effort they put in the kill, the male still eats first. When they hunt, they usually do it by night.

Lions typically live in savannahs, grassland, open woodland, and scrubs. This means that they don’t live in the jungle-like many of us think. They choose these open areas because their space gives them room to work with when they are hunting.

In the earlier period, lions lived in Asia, Europe, and Africa, but today they are only found in Africa. All except the Asiatic lions, who are now protected endangered. The lions in Africa are found only in the southern Sahara Desert and a few parts of East and South Africa. They are in the group of the most endangered animals on the planet, and it is a pity since these animals are indeed works of God. 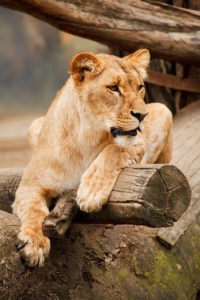 This tattoo art design has several meanings. First of all, one of the most well-known characteristics of this beautiful cat is her motherly instincts. When it comes to protecting the cubs, this beautiful big cat fights to the death. While the lion fights for his territory, the lioness fights for the safety of her offspring.

This tattoo design also serves as a symbol of strength, beauty, and wisdom. She is the queen of all animals, and that makes her a powerful entity. The lioness is cunning and smart and, with her fellow lionesses, works together to hunt and take down animals much larger than themselves.

In Ancient Egypt, the goddess Sekhmet was wearing the face of the lioness. She was as powerful and fierce. She was also a guardian of women and of those who admired women. In this sense, the lioness tattoo is a symbol of femininity, motherhood, and courage.

This tattoo motif can be designed in different ways. Below are some additional ideas for you if you are interested in getting your lioness tattoo.

The most popular version of this tattoo design is that of the lioness and cub since much of their life is devoted to being a mother. This wildcat is a ferocious mother who will protect her child with her own life. This means that those women with this tattoo are prepared to do the same.

The king and queen tattoo usually involves a tattoo of a lion and a lioness. At times, these images include crowns as well. Very often, couples choose it for a matching tattoo as they are king and queen of their domain. It is a symbol of the strength of their relationship and how powerful they are when they work together.

This tattoo design with floral patterns serves as a commemoration of womanhood and the strength that comes along with that. Like previously mentioned, the lioness has a crucial role in pride. She is a dominant figure in the group, and even the lions acknowledge that. This tattoo symbolizes the feminine parts of the lioness.

The roaring lioness tattoo depicts her in her form of violence. It is evidence of the power of a woman and all she is able to achieve. She is ferocious and is willing to do what it takes for her and her young to survive. So, if you see a woman with this tattoo on her, you can be sure that she doesn’t allow messing with her.

If you like this animal or you own some of the characteristics of the lioness, you should consider getting this tattoo. The only thing you need to worry about is finding the right tattoo design for you.