Norwegian tattoos are closely related to the era of the Vikings. When the Vikings walked the earth, Norway, Sweden, did not exist as we know it today. Many of historic Norwegian tattoos have the Viking wisdom and tradition. However, there are some other designs that you can find. 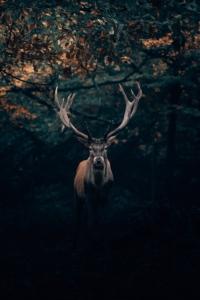 The interesting thing about Norwegian tattoos is that they have so much history and symbolism behind them. What’s more, these tattoos are unique. Even if you don’t know the meaning, you will know it’s not like anything you’ve ever seen. You will never be short of ideas between symbols that symbolize Norway’s country and some Viking symbols.

The Vikings, or Norse, are also known as the people from the north. Norway was part of this definition, which means many of the Norwegian tattoos are also Viking tattoos. People still question whether the Vikings even practiced tattoo art. However, there is one evidence from history that proves that they had.

Most of the evidence is from Arabs who traded with the Norsemen. This is because the Vikings didn’t have many literary works to refer to.

Ibn Fadlan is a man who kept records of his travels. According to him, these men had tattoos from their necks to the tips of their fingers. Much of these tattoos were symbols and figures of trees and the green variety. It is known that these tattoos were dark blue since they used the ash from wood as ink.

This is why there are many Viking and Norwegian symbols that are subjects for tattoos. The history is rich, and the designs are pleasant to look at. A lot of people want to get this kind of art on their bodies. They not only look great but are a fantastic way to symbolize the pride you have for Norway.

One of the most popular Norwegian tattoos is the flag of Norway. This is because it is a symbol that will create no confusion. The person with the Norwegian flag on their body is prideful of an important country. This is the one with red with a Scandinavian cross that is indigo blue and outlined in white. You can’t go wrong when choosing to get the flag tattoo of the country you come from.

The National Coat of Arms tattoo includes a symbol originating from the Middle Ages. This is one of the oldest symbols in the whole of Europe. So it makes a perfect choice for a tattoo that symbolizes the country of Norway. This symbol includes a yellow-crowned lion standing upright and rampant. The lion holds an ax with a white blade and yellow handle inside a red, shield-shaped symbol.

The purple heather is a gorgeous looking flower and the national flower of Norway. The scientific name of this flower is “Calluna vulgaris.” It comes from the Greek word “Kallune,” which means to brush or clean. This flower is also native to Scandinavia, Russia, Ireland, North American, and Scotland. This Norwegian tattoo heather symbolizes good luck and admiration. Moreover, people believe that it contains protective powers, so putting these around your house can help protect you.

One of the most recognizable of all Viking symbols is the Valknut symbol. He is also known as Hrungnir’s heart, the knot of the slain warrior, Heart of Vala, and Odin’s knot. Most often, people see it as the symbol of Odin himself. The word itself comes from two words. The first word is ‘valr’ or slain warrior, and the second word is ‘knut,’ which means knot. The root of this symbol revolves around Norse faith. There is another reason why the Valknut is seen as a symbol of Odin. Many Viking tombs contain figurines of animals and characters that stand for Odin with Valknuts drawn next to them.

Although there is no official motto of Norway, the King’s motto is “Alt for Norge.” This translates to All for Norway. It is a perfect way to have a low-key tattoo with all Norway’s symbolism inside of a small package.

Another symbol that is representative of Norway is the moose. The moose has qualities that many of us love to attain. The moose symbolizes bravery, enduring, dexterity, elegance, adapting, domination, courage, gentleness, and strength. The moose is a striking animal that is as remarkable as it is calming. To see them live in their wild and natural environment is something delightful.

All in all, there are many symbols that you can use for your Norwegian tattoo. Find the one for you and make it your own and be sure that you have a unique tattoo.