An aureole comes from the Latin word for “gold,” which is the radiance of luminous light which, in paintings of sacred personages, surrounds the whole figure. You should not confuse it with the halo, which is only around the head. 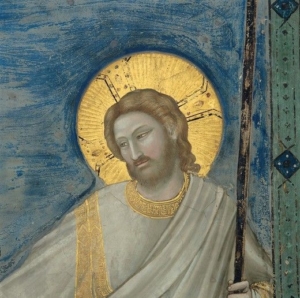 In Neo-Latin languages, such as the Italian, Spanish, Portuguese and French, the noun aureola is often more related to the disc of light that surrounds the head of sacred figures and that in the English language is translated like Halo (Nimbus).

The aureole, which is usually seen in religious tattoo iconography, is symbolic of the glory of the divine – shining, as well as bright and beautiful. The aureole envelopes the whole body, signifying a greater degree of sanctity and divine power than a regular halo that only crowns the head. Aureoles are usually oval in shape.

They are often yellow or white, so they will depict the purity of the person that they are surrounding. There may be “rays” or some other designs projecting outward as part of the aureole, which may symbolize the Sun or only the manifestation of holiness.

The aureole is usually a symbol of divinity, as well as the supreme power. It is often referred to as an aura, corona, gloriole, glory, as well as halo or Nimbus, as we mentioned previously.

This luminous cloud or circle, which is also known as mandorla, is usually seen in images of Jesus Christ. They commonly appear in the art which is intended to represent essential scenes from his life and ministry, like the Transfiguration, Ascension, as well as the Last Judgment.

Certain saints, particularly from the early church, may also be pictured with an enveloping aureole. For example, Mary, the mother of Jesus, is sometimes shown with this symbol in images that depict the Assumption and the Virgin Birth.

The aureole is especially frequent in portal sculpture on churches.