Cartoon character tattoos are always in trend, and they never seem to go out of style. They help some people feel young at heart and want to refresh their childhood memories, so they put their favorite cartoon characters on their bodies. There are so many cartoon designs that people often wear on their bodies.

All the lovely Disney or Warner Brothers cartoons have become an essential part of our cultural legacy. So, there is no particular reason why we shouldn’t celebrate them in magnificent Technicolor as tattoos if we wish so. There is only one reason we shouldn’t. Mickey and co. are quite a private property, and depicting them in tattoos is a form of trespass. Their original creators, or the studios that bought them, own all copyrights. This means that reproducing them in any form is technically illegal. 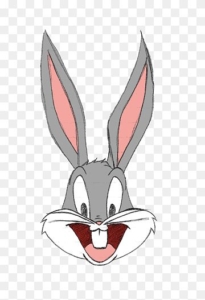 Tattoo artists who are specialists for cartoon tattoos probably own the copyright authorization to replicate certain cartoon images. However, most tattoo artists don’t. This is because they would not have applied just on the off-chance that a client might want a Bugs Bunny tattoo on his arm. Still, it is always good to ask and establishing the position with the tattooist beforehand.

The first appearance of Bugs Bunny on screen was in 1938. It was as the cheeky adversary of Porky Pig in the Warner Bros. cartoon ‘Porky’s Hare Hunt.’ Ben “Bugs” Hardaway was one of the directors, and the goofy rabbit received the name from him. However, there was a long dispute about who his actual creator was. This is because the original rabbit was different in certain essentials.

One important thing is that the early Bugs was all white and much smaller than the later one. However, his characteristics and gestures were still the same. He continued to advance until his appearance as the Bugs Bunny we are all familiar with today. The director of this was Tex Avery, who is famous for its creation. In Tex Avery’s cartoon, the carrot-munching Bugs mentioned the famous catchphrase ‘Eh, what’s up, Doc?’ This was the same cartoon where he established his well-known relationship with Elmer Fudd. The only thing that was missing is his name.

Not until ‘Elmer’s Pet Rabbit,’ whose director is Chuck Jones in 1941, was first called “Bugs Bunny” on screen. From that moment on, fame followed. The first time he receives an Oscar nomination was in 1942 for ‘Hiawatha’s Rabbit Hunt.’ However, it was not until 1958 that he won the coveted award for ‘Knighty-Knight Bugs,’ directed by Friz Freleng.

The rabbit’s popularity has undergone throughout the decades on the cinema screen and prime-time TV. There, he occasionally starred in commercials for a variety of products. With his Loony Tunes team were back into the focus when they starred with Michael Jordan in ‘Space Jam’ in 1996. Two years later, assuring his place forever in the annals of history, he appeared on a US postage stamp.

Unlike some other cartoon characters – Mickey Mouse and Donald Duck, Bugs never really made it into comics. This is because this medium could not do justice to his zany character. But that doesn’t mean that Bugs Bunny Tattoos would not get heads turning. It doesn’t prevent people from chanting the unique trademark phrase: ‘What’s up, Doc?’ wherever you go.

Another very popular Looney Tunes character is Daffy Duck. He is popular as a tattoo with people of all ages. Occasionally friend and sometimes foe of Bugs Bunny, Daffy can be a bit of a zany, screwball character. He is mostly remembered for his somewhat drooling lisp when speaking. As a character, Daffy has gone through some phases in his animated career. These phases range from crazy sidekick to outright villain. So, consider which Daffy you’d like to use for your eternal tattoo design.

The first time he appeared was in 1937. He has played many diverse roles in the hundreds of cartoons and movies in which he appears. For example, in the 1940s, Daffy was often in army gear and fighting off Nazis. Later, the cartoon duck had him get into roles as ‘Duck Tracy’ ( imitation of Dick Tracy) and ‘Stupor Duck’ (Superman). You can choose one of these interesting characters to use for your Daffy Duck tattoo will bring a unique element to the design. It will also ensure that no one’s Daffy tattoo looks just like yours.

If you are someone who loves cartoons, especially these two characters, you should consider getting a tattoo of them. You can be positive that your tattoo is unique and meaningful. But, most of all, be sure that you have a real representation of your childhood memories on your body. Also be sure that this is not some one-year trendy design, and it’s gonna stand the test of time.