Home
Blog
Celtic Gods And Their Interesting Stories And Symbolism

The Celtic pantheon is made of over 300 gods and goddesses who represent everything from rivers to warfare. With the exception of Lugh, the Celtic gods were not worshipped across Iron Age Europe but were very often defined to only several regions or specific territories. Another frustration in examining the Celtic pantheon is the insufficiency of written documents produced by the Celts themselves. A god (deivos/deiva) is often named in only a single surviving epitaph or inscription. 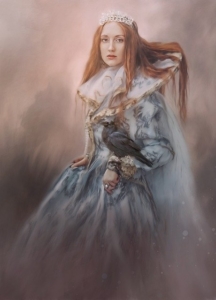 To further complicate things, the Celts often gave all-embracing powers and attributed them to their gods, which means that we can easily categorize them like, say, the Greek Poseidon or Roman Mars. Nevertheless, by collecting the work of early Christian writers, Celtic artifacts, and archaeological investigations, we can build a good story of at least some of the huge number of deities the ancient Celts acknowledged and worshipped. This is a pantheon that the Celtic historian Proinsias MacCana described as a ‘fertile chaos.’

Celtic writers from the Roman period often name a Celtic god with a Roman equivalent noted, a practice known as the interpretatio Romana,

You’ll find many stories with Celtic gods and Goddesses described below if you start to read guides to either Irish folklore or mythology.

We will explore the Celtic pantheon and rediscover the classic Irish, Welsh, and British gods, like the Dagda, Brigid, the Morrigan, Lugh, Danu, Cernunnos, and more.

The Dagda was the god of life and death, agriculture, and fertility. He was a learned advisor and master of druidic magic, and he possessed a kettle that provided:

Dagda is an important father figure in Celtic mythology, known as the ‘good’ Celtic Mythology Gods. His children are Aengus, Bodb Derg, Cermait, Midir, and Brigit.

He was also the head of the mighty Tuatha Dé Danann tribe of Celtic gods that wandered around Ireland.

Dagda had a couple of powerful weapons, and it’s said that his large club could slay ten men with a single blow. It could also resurrect the dead.

He also had a harp that summoned the seasons and a big kettle to produce food. Dagda was a well-known lover, and one of his lovers was the Celtic goddess of war and fate, the almighty Morrigan.

The fearful Phantom Queen, the Morrígan, was the Irish goddess of death, discord, and war. She was portrayed as a single entity and as three sisters who could issue terrifying prophecies and predict the deaths of warriors and kings.

The Celtic Goddess of war or Morrigan is also acknowledged as the “Phantom Queen” or the “Queen of Demons.” The story tells how she flew over the battlefield disguised as a crow or a raven.

She could also predict who was going to win on the battlefield. She came in front of Cú Chulainn, but he didn’t recognize her.

Cú Chulainn died in a battle a little bit after. Then, the Morrigan settled on his shoulder in the form of a crow.

Lugh (of the Long Arm) was a youthful god looking for revenge for his father’s unjust death. A master of all skills, he leads the Tuatha dé Danann to glory and victory against the Fomorians. His death started the decline of his tribe’s existence in Ireland.

The Celtic God Lugh was rarely mentioned in inscriptions, but this sun god of all crafts and arts was an essential deity in the company of the Celtic gods and goddesses.

Associated with crows, ravens, and thunderstorms, Lugh was often portrayed with his magic spear Gae Assail, helmet, and armor.

He was a fighter and a warrior and killed the one-eyed head of the Formorii, the famous Balor.

According to myth, Lugh was the divine father of the warrior Cú Chulainn, one of the most famous heroes in Ireland.

The hero of the Ulster Cycle, Cú Chulainn, was a man of great dedication and passion whose battle skills were rarely matched in the field. A proud warrior, he could fight back thousands of enemies with unmatched rage.

He was originally named Setanta. Cú Chulainn was the great hero of the Ulster Cycle in Irish mythology. He will be remembered as a heroic fighter, thanks to his many experiences on the battlefields.

Cú Chulainn was the protector of the Ulster, and he remains the best-known folk Hero in Ireland. His behavior was heroic, but as I mentioned before, Cú Chulainn died after failing to recognize the goddess of war.

She was the mysterious Celtic mother goddess and predecessor of the Irish Tuatha dé Danann. She was to “blame” for that tribe’s name. Little is known about her, though she may have some relations to the Danube River. Other stories hold that she was a wind or earth goddess that looked after her nomadic tribe.

Danu is one of the oldest mythical creatures in Ireland. Often pictured as a beautiful woman, this Celtic Goddess is commonly associated with nature.

Danu is considered the divine mother of the people of Dana (a tribe of Celtic Gods). She also symbolizes certain aspects of regeneration, death, wisdom, or prosperity.

As for the historical recognition, Danu was not just a big Celtic God in Ireland – her reputation went beyond the borders, and she earned her recognition in Britain and further afield.

Next on our list is the Cernunnos, arguably the more unusual of the many Celtic Gods and Goddesses in our guide.

The Horned God Cernunnos was a mistic Gaelic deity associated with the woodlands, nature, grain, wealth, and horned animals. Though very little is known about Cernunnos’ role in Celtic mythology, folklorists and neopagans have constructed a new mythic tradition around his image.

The Druids named him the Honoured God, and Julius Caesar affiliated this mythical creature with the Roman God of Underworld Dis Pater.

Animals were sacred to Cernunnos. This list included horned serpents, bull, stag, and ran. A symbolic fact is that ancient Celtic pictures portrait him naked, seated in a lotus position with horns or antlers on his head.

Brigid was the Irish goddess of spring, poetry, prophecy, healing, agriculture, fire, life, and fertility. She reigned over a winter holiday named Imbolc that marked the beginning of the Irish year. We’ve heard the Tales of Brigid in all corners of Ireland, but aspects of her lived in the character of St. Brigid (of Kildare).

She was the daughter of Dagda and an unknown member of the Tuatha De Danann.

It is noted that Brigid had several domesticated animals, including sheep, oxen, and critters. Brigid was popular for three aspects: the smith, the poet, and the healer. Many believe that Brigid was a triple deity.

Aengus was the poet of the Tuatha dé Danann and Dagda’s son. His poetry and music charmed women inspired kings and won his enemies’ property from under their noses. He was later intrigued by Caer Ibormeith, the woman of his dreams.

His parents were Dagda and the river goddess Bionn. Also known as Oengus of the Bruig, he was the all-powerful god of love and youth.

His story tells us how he exploited and searched all over the country for a beautiful maiden girl. Fortunately, he found one. She was called Caer. Together with the other 150 maidens, she’s destined to turn into a swan, so Aengus decided to transform into a swan to unite with the love of his life.

The Cailleach was an enigmatic ancient figure in Scottish and Irish folklore. She was the goddess of winter and old age and a trickster who assisted those who lived in the harsh winters of the north.

Also recognized as the Hag of Béara, Cailleach had a remarkable power, and that was to manipulate and control the weather and the seasons. She was one of the most powerful and oldest mythical beings in Ireland, and her myths about her are known to the provinces of Kerry and Cork.

Cailleach appeared as an old woman, and according to the myth, she was responsible for creating many mountain landmarks like the Cliffs of Moher and Hag’s Head in Ireland.

Gwydion fab Dôn was a magician, an advisor, and father figure to his little nephew Lleu, whose magic many times helped those around him but frequently had unintended consequences in the long term.

She was the Queen of Connacht in the Ulster Cycle, whose devotion and ambition put her high above most men in Ireland. She fought with King Conchobar of Ulster, grandfather of Cúchulain.

She rests in piece at the top of Knocknarea in Sligo.

Powerful both physically and mentally, Medb was a fierce and respected leader who led armies into battle on numerous occasions. The Tain bo Cuailnge is arguably the most captivating battle that this Celtic Goddess was involved in.

The goddess Badb (Battle-Crow) was one of the three sisters of the Morrígan. She was the Irish goddess of war and death, who sowed fear and discord in combat and could turn the tide of battle.

The Celtic Goddess Badb was the daughter of Ernmas and was also known to be a supernatural demon.

In Celtic eschatology, Badb is the person who will cause the end of the earth. The legend says how she prophesied the deities’ downfall and the Great Famine in the 19th century.

Badb was also the Celtic Goddess of enlightenment, inspiration, life, and wisdom, and in Celtic mythology, her name means “Crow.”

Nuada (of the Silver-Hand) was the first ruler of the Tuatha dé Danann. He was well-liked and wise, yet he had to give up the throne when he lost his hand. His successor was so unjust that a silver hand was made for him to get back on the throne.

He was the pan-Celtic god of thunder, a booming deity whose club represented his strength. His other symbol, the wheel, represented the speed of his fighters in battle.

Also known as the great Chief of Bards, Taliesin was a poet, historian, and strategist of the British Isles. Famed for his beauty and powers of poetry and prophecy, the mythic Taliesin is a 6th-century historical figure of the same name. He served many kings, including the legendary King Arthur.

Neit was the Irish god of war, a discerning deity who joined the Tuatha dé Danann to fight the Fomorian’s kin at the ferocious Second Battle of Moytura.

For your tattoo design, you can choose any of the above-mentioned gods and goddesses. Find the “story” that they represent and if it’s closed to your lifestyle and beliefs and use it in your new tattoo project.