Anime tattoos are not just some inked cartoons. For Japanese anime enthusiasts (and for some cartoon lovers outside Japan), anime is not on the same level as Bugs Bunny and Sponge Bob Square Pants.

To explain what kind of an artform anime is, we first need to discuss manga. Manga represents the Japanese version of the comic book, a collection of printed images with very stylized drawings that follow a distinct “type.” Japanese anime stands for the animated cartoon extension of manga, brought to life through the magic of celluloid or computers.

Over the last few decades, Anime cartoons have developed a fairly wide following in the western world. Though early cartoons like Astro Boy, Kimba, and Speed Racer first introduced us to the anime style of drawing, it’s been children’s cartoons such as Pokemon and Dragon Ball Z that have captured the western imagination and brought anime the most attention.

That being said, there is a huge distinction between Japanese anime and American-style cartoons. In North America and most of Europe, cartoons are viewed mainly as entertainment for children, with adults occasionally watching along. Anime, on the other hand, is tailored toward audiences of all age groups. Some of the themes are quite dark and serious, others pertain to adult romance, but there is always something offered for children as well.

It’s this unlimited vision of what these cartoon designs can be that makes it so appealing to tattoo enthusiasts. It’s difficult to name another genre that so readily adapts for use with body ink.

The Look of Anime

Even though Western animation incorporates far too many individual styles of drawing, Japanese anime is so diverse that once you’ve seen it, you can recognize it instantly whenever you see it again. Anime characters all tend to look slightly similar. They all have the signature big eyes, slight noses, and exaggerate jagged hairdos. The women tend to have big bosoms, impossibly small waistlines, and usually display a unique sense of style, while the male characters generally look like they could all be cousins.

Even though this stereotypical view of the anime style is generally true, within this technique of drawing, there is still room for interpretation, and this is what keeps fans hooked to the genre.

What do Anime Totems Symbolize?

The majority of people connect anime tattoos with the Japanese culture, and people from Japan have this kind of tattoos to demonstrate pride and loyalty to their motherland. Having these tattoos is also the greatest way to show your love for this form of art and so having images from your favorite series is just a way of showing your fascination with it.

The particular anime image that you will have is what determines its meaning. For instance, if you have a superhero or villain from an anime movie, your tattoo may symbolize that you have their character, or you just adore them. A samurai design represents a symbol of strength and courage, and so having this as your sleeve or the back tattoo will help portray these traits while Sonic can symbolize speed. Some anime ultra-hardcore fans will also have these totems as a way of identifying each other. It is common to see fans of a particular series form a club and so having the totems is a sign of the deep love for their favorite series. 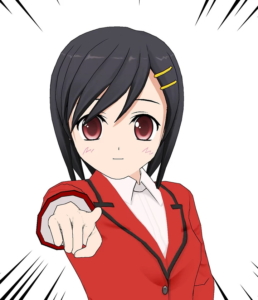 Though anime originates from Japan, they now have a worldwide appeal, and over the years, different comics from various parts of the world have been released. This alone is sufficient to illustrate that the options are endless if you choose to have one of these tattoos. You can have one of the following designs or even come up with a different design or image if you prefer something that you will not see with anyone else.

Sonic anime is one of the trendiest characters from Japan, and this is not only because of the game about the same character but also because kids love his speed. The same goes for Pokémon, which is also a worldwide favorite cartoon design. With the worldwide appeal of these figures, thousands of tattoo lovers from across the world have their images inked somewhere on their body.

Sailor Moon appeared in the early ’90s, and even though it first aired in Japanese televisions, it was later dubbed into other languages, and this opened it to a global audience that considered the characters become very admired across the world. Due to this, it is very common to see people draw characters from animation such as Usagi, the Sailor Moon, and Luna, the cat. There are also other favorite characters from the Sailor Soldiers such as Rei Hino and Ami Mizuno, and all make excellent tattoo images.

Even though the dragon is a mythical creature, it plays an important role in Japanese culture, where they associate it with several things. Because of this, it features many anime series and manga. Having the head of a dragon or the whole one also makes a gorgeous tattoo, and since it is very common, you can get a stylish totem easily because most artists know how to draw it. One of the most common ways of having it inked entails having it as an Uroboros, which is essentially a dragon eating its tail. This image makes an outstanding tattoo design for the reason that of its deep symbolism in the Japanese culture and others from different parts of the world.

A sexy anime girl is a very eye-catching body marking, and this is more so for men. In the majority of cases, it entails drawing a beautiful Japanese girl with a short skirt, long hair, and some long boots. While most people will have a girl from their favorite series or manga, others will just have an image of a cute and sexy Japanese girl.