During the first introduction of the ‘Union Jack’ in 1606, it was known only as ‘the British flag’ and was shown at the highest part of all ships, warships, and merchant ships, in England and Scotland. The name ‘Union’ was first used in 1625. There is a significant number of theories as to how it became known as the ‘Union Jack.’ Most of the documents point to the name being derived from using the word ‘jack’ as a diminutive. 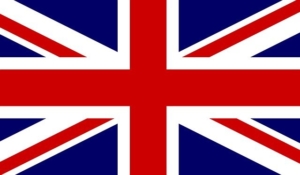 Before 1600 this word was used to express a small flag flown from the small mast mounted on the bowsprit. In the year 1627, it appears that a miniature version of the Union flag was often flown in this position. For some time, it was just called ‘the Jack’, or ‘Jack flag,’ or ‘the King’s Jack,’ but by 1674, while formally referred to as ‘His Majesty’s Jack,’ it was most frequently called the Union Jack, and this was legitimately acknowledged.

Staysails traded this small mast on the bowsprit on the stays between the bowsprit and the foremast in the 18th century. By now, the Ensign had become the chief naval distinguishing flag. This was why it became the custom to fly the Union Jack only in harbor, on a specifically rigged staff in the ships’ bows, the jackstaff. According to this, it should be taken into consideration that the jack flag had existed for over a century before the jackstaff came into being, and its name was related to its size and not to the position in which it was flown.

It is often highlighted that the Union Flag should only be described as the Union Jack when it is flown in the bows of a warship, but this is a relatively recent idea. From early in its life, sometimes, the Admiralty itself pointed out the flag as the Union Jack, and in 1902 an Admiralty Flyer referred that Their Lordships decided that either name could be used officially. This kind of use received support from the Parliament in 1908 when it was stated that “the Union Jack should be considered as the National flag.”

Evolution of the Union Jack

There was a time around 1674 when the British flag became officially known as the ‘Union Jack’ when attached to a warship, and the ship was not in harbor. At this particular time, the British flag was referred to as the ‘Union flag’ on land. By the early 19th century, this rule gained power when the sailing term could be used when referring to the national flag everywhere.

The flag was modified in 1801 to include the cross of St. Patrick (Ireland). If you’re speculating about the reason why the Welsh flag was never included in the Union Jack flag, it is because it was already a part of England by 1801.

The Union Jack, today’s British flag, is a red, white, and blue combination of crosses and that are the crosses of St. George (red cross, representing England), St. Andrew (white diagonal cross, Scotland), and the one of St. Patrick (red diagonal cross, Ireland) that are superimposed on a field of blue. It is not only a symbol of Great Britain but also it is incorporated into the flags of some members of the Commonwealth.

Union Jack as a tattoo design:

As a tattoo design, the British flag can be chosen for representing the wearer’s patriotism.

There is a small list of the possible designs of the Union Jack tattoo. It’s a design full of history and symbolism. Combinations with it are numerous. It can stand by itself or as a part of a more significant and more detailed artwork. If you can add this design to your tattoo story, it can easily be a part of your next tattoo project.