Home
Tattoo Meanings
Chevron Tattoo: About The Design And Its Symbolism

The chevron is a symbol consisting of upward pointed arrows, one below the other. There can be four arrows in a row, but not all chevron tattoo designs have the same number of arrows. The chevron symbol is significant in heraldry. This symbol and its number signify the ranking of a particular member of the military or other armed forces. 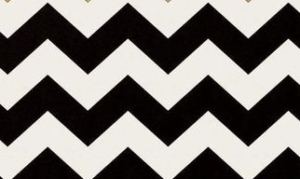 The name of each arrow is chevron. These chevrons are sewed onto the individual’s military jacket/police uniform in the form of a patch or badge. One chevron means that the individual is a private or lance corporal. Two chevrons indicate that the person is a corporal. Three chevrons are for a sergeant, and having four chevrons signifies a higher ranking sergeant. Chevrons part of many militaries all around the world. They identify a member and what rank they are or how many years they have been in the armed forces.

However, the chevron did not derive directly from the military standpoint. This symbol originated from the ancient Greco-Roman Empire when Greece and Rome interlocked civilizations. In the Roman alphabet, the chevron symbol is, in fact, the fourth letter or number. The chevron was in use as a symbol to paint on pottery for decorative purposes. Others engrave the symbol on the Greek Spartan warriors‘ weapons, most notably on the shields’ fronts. This is why the symbol is now a part of the world’s armed forces culture.

Below are some designs and explanations of the chevron tattoo.

The ancient Vikings owned a chevron symbol. Just like the Spartans equipped the emblem on their shields, the Vikings wore the symbol on their equipment. This symbol served as a good luck charm to warriors and anyone in the presence of the chevron. It is a symbol of improving and creating your reality. The chevron idea is lately popular among tattoo enthusiasts and Viking lovers.

This tattoo is a popular choice for people in the armed forces of the military. Like already said, the double chevron symbol indicates you are a corporal of the army. As a corporal, you get a double chevron on your patch or badge. This is a great promotion for people who strive to be the best they can in the military. If you only had one chevron tattoo, you can add another beneath the first chevron.

A triple chevron symbol in the military world suggests that the individual receive a promotion from E-5 sergeant to a sergeant. He has more significant duties than those of an E-5 sergeant. The officers with the triple chevron control those with two or one chevrons. Among them are police officers, but they are under lieutenants. Just like every chevron, more duties are added. This tattoo symbolizes your hard work, devotion, and commitment to the country you serve.

This kind of chevron is part of the Celtic symbolism. Just like any other chevron symbol, this one is also a big part of the coat of arms. The symbol of the Celtic chevron is put on many shields and symbolizes protection and defense. Amongst the Celtics, this symbol represents a warrior or hunter. It also means someone in the community that is a builder or guardian. People who own this symbol as a tattoo for Celtic reasons are good and must have heroic qualities.

If you want a creative and warrior-like tattoo, you can include your chevron in the frame of a shield of your choice. A lot of the shield designs in heraldry depict the chevron symbols. If you add colors to these shields and symbols, it can help identify which warrior outfit you want to embrace. You can put these tattoos wherever you want. The one important thing you should bear in mind the graphic to be in proportion with the one you are thinking of.

As you can see, a chevron tattoo is a meaningful one. If you find it interesting, you should consider getting it for your next tattoo design. The most important thing is for your chevron tattoo to be meaningful for you. You can always add your personal touch to it and make it unique.