Nowadays, one commonly shared thing among people is tattoos. Whether they are traditional or modern-day tattoos, there are many images we strongly relate to. But, why do people get tattoos? Well, the most common answer to this question is because they want to express something through them. 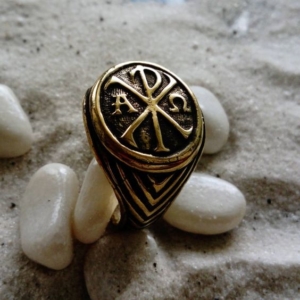 Regardless of the reasons, tattoos are very common, especially among young people. There are numerous traditional designs all over the world which have their own specific meaning and symbolism. This is another reason why people get tattoos – because of their symbolic meanings.

Here, we will talk about six tattoo designs which are common among tattoo lovers:

Many of the traditional tattoos of Polynesia consist of linear and geometric motifs. One such motif is rows of triangles, for instance. The hoaka, which is a common design in Hawaiian art tattoo, is a series of crescent arches. It was suggested that, as much of the Polynesian tattoos, there is probably some genealogical significance to the tattoo.

For instance, it may represent human beings joined together in lineal descent. It could also represent a genealogical relationship where these people joined together can trace their origin back to even the gods. Such a design would definitely carry much symbolic importance for an individual. It would also serve to underscore the high position of a person in society and likely authority in the same society.

The biblical citation John 13:35 of book, verse, and chapter is some kind of shorthand in Christian symbolism. It crosses over well to tattoo art as well. Although the center verse seems too long for a tattoo, or too much text to be attractive, the citation actually gets the message across the people. Moreover, it might even inspire a question to be asked. In answer to that question, John 13:35 says: “By this, all men will know that you are my disciples if you love one another.”

As in the previous example, this biblical citation (John 3:16) is also a shorthand way of conveying the message of the verse. This citation is definitely the most popular of its type. This citation states that “For God so loved the world that He gave His one and only Son, that whoever believes in Him shall not perish but have eternal life.”

Kannon is actually the embodiment of compassion. Committed to relieving suffering and enlightening humankind by postponing his own entrance to nirvana, he is a bodhisattva or a Buddha-to-be. However, he is not always a “he.”

Over time, he acquired the nature of the mother-goddess too and had the ability to meld and change genders. In this way, he combined all aspects of life. In Japanese traditional tattoo art, Kannon is actually a female in appearance. Here, Kannon has long flowing robes and beautifully colored hair. Also, she sometimes rides a dragon, and sometimes a carp. The essence of merciful protection and compassion, she is also among the most favored of all Buddhist deities. Her long-form isn’t unusual in large tattoos, particularly back pieces.

The labarum is also called the chi-rho, as these are the Greek letters that make up the symbol. The labarum finds its uses in the early church, and it was one of the two different symbols. The first one is chi-rho, standing for the first two letters of Christos, or the letters “I” and “x,” the initials of Iesous Christos.

Unlike the Harley-Davidson logo used for the bikers, truckers don’t actually sport just a logo in their tattoos. Rather than that, the actual truck itself is the traditional principal element of the design. You can interpret it as a work-related tattoo, but the dramatic settings and scenes for these images imply something more. Moreover, the detail given to their individual characteristics says something more. These trucks and their tattoo images are more an extension of self than just a picture of a work vehicle.

In the entire Christian religious art, including Coptic tattoos, the Nativity actually was a favorite theme. Somewhere since the fourth century, artists were depicting the birth of Christ in a manager. In this scene, Mary and Joseph are standing or kneeling nearby.

Coptic tattoos were preferable among pilgrims to the city of Jerusalem for centuries. These tattoos use more schematic depictions of the three central figures. In them, faces are nothing more than an oval, with lines and dots to suggest features. Others are quite more ambitious, showing some of the manger animals. Design variations, even on a single theme like the Nativity are common.

All the designs mentioned above are of different origin and have different symbolism and meaning. All you have to do is choose wisely and decide which one would be best for you. Also, be careful not to hurt the feelings of other cultures and traditions different than yours.