One of the oldest and most urbanized civilizations that ever existed is the Mayan civilization. Mayan people are not only responsible for the discovery of ways to build large structures with sophisticated water and farming systems, but they also owned all kinds of symbols and even created a unique system for writing. To this very day, the Mayan civilization is considered as one of the most progressive, before their time nations of all time. This ancient civilization is not only responsible for countless inventions, but their legends and ancient ideals have puzzled people from all over the world for generations. Their belief in ancient gods and spirits fascinate as they speak of love, war, death, and men.

There are several designs of Mayan tattoos that depict different kinds of meanings. The design you are going to chose for your tattoo could be based on the image alone or the meaning behind that Mayan image. The mystery surrounding these images is profound and should not be taken lightly.

If we go 3 000 years back in time, we can realize that the Mayan culture has always been associated with fantastic mystery. Just like Egyptian culture uses images such as hieroglyphs and symbols to tell their stories, the Mayans symbols have an essential meaning. The most popular and significant symbols in the Mayan civilization are Mayan Sun, Bat, Eagle, Jaguar, Calendar, Earth, Hunab Ku, Serpent, and Ouroboros.

The Mayan Sun is one of the most distinguishing and vital symbols of the Mayan civilization. This comes from the fact that the Mayans not only considered the as a god, but it was also seen as the provider of life and something that brought them food, warm their homes and help them interpret the time with their use of sundials.

The Mayan Bat or zotz, as it was known in the Mayan language, in the ancient stories was considered to be the guardian of the underworld. This symbol is related to both light and dark when it comes to symbolism. The line between good and evil was not very clear in Mayan culture. People who decide to get the whole Bat or only part of it as a tattoo want to display being reborn or power. They may also choose this design to show a trip or challenge they have experience in their life. 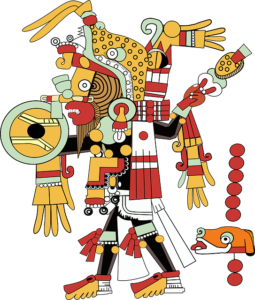 The Mayan Eagle in the Mayan civilization was considered as a symbol of growth and holy living. The Eagle in Mayan tattoos has been seen as a sign of illumination and can be an outstanding option for those who look to seek a higher peace and knowledge. The Eagle has also been seen as a sign of a clear mind and the gift to communicate with others through telepathy. Not only does the Eagle represent the wisdom one has achieved or is striving to acquire, but it also stands for freedom and strength as the Eagle can see all as if flies high above nature.

There is a special place for the Jaguar in the Mayan culture. According to legend, the Jaguar had rule over the underworld and the night. The legends portray this mysterious creature as the symbol of the tie between man and the world. The Jaguar was also considered as a symbol of supremacy and divine control over everything on Earth.

The Mayan Calendar, otherwise known as tzolk’in, is a unique representation of how the Mayans counted their days in a year. This Calendar belonged only to this civilization and was created by the over 3,000 years ago. People can choose this tattoo to show respect for this civilization and as a symbol of innovation and creation by society.

The Mayan Earth is a sign of the society and their strong beliefs in the constellations. The Mayans strongly believed in the power of the Sun and Earth. The Earth was significant because they believed that Earth is where the gods came to display their power and love. Earth was where you could unite with the higher forces. One thing that Earth is related to, according to legend, is patience. Earth was considered as a symbol of balance as it allowed people to discover themselves as well becoming fully focused and divine. Earth allowed people to be rational and connect with higher powers. Moreover, Earth was always viewed as a mother who cares and loves the people. All of these indications show the power of the Earth when it comes to Mayan tattoos.

The Serpent or snake is a very important part of the Mayan culture. These are not only good looking tattoos but also share meaning with the ancient civilization. The Serpent in Mayan culture is seen as a symbol of ability, the unknown, and the power of the Mayan society.

The Mayan Ouroboros can be portrayed as a dragon and occasionally a serpent while he tries to catch its tail. Most often, the shape of this tattoo is depicted as a circle and is considered as a symbol of something reborn or transformed.

As you can see and read, there are a lot of different variations of the Mayan tattoo. Most of the time, the style is traditional but can be altered and customized to your liking. If you want to keep to the true art of the tattoo, you should stay within the traditional style. Usually, these tattoos are inked in black and gray.