From primitive rock art to Grecian frescoes, from Zuni Pueblo to Tibet, the spiral is the symbol known in every culture worldwide. As such, they take on many varied meanings, but the great majority of these centers on grand themes of cosmic energy or the movement of the soul along a universal path. For example, the clockwise spiral is a fundamental element that is strongly associated with strength, mobility, power, and also water. It gives the appearance of motion, rotating outward from the center and expanding, and also seemingly growing. In Japanese tattoo, it is representative of swirling wind.

The clockwise triple spiral is related to the Celts. It is a type of triad or trefoil and may result from the use of the number three in their culture: three primary deities, three war goddesses, three queens of Ireland, the three kings, and the three realms of the Celtic cosmos—heaven, air, and earth. In a grander scheme, a passage through time is implied in the past, present, and future. On a more practical level, it also suggests a tripling of power.

Furthermore, the Triskele or the spiral of life, the original version is simply a depiction of three legs in a counterclockwise rotation. Like the clockwise triple spiral, the counterclockwise version was associated with the Celts and is also associated with the Isle of Man, the island between Great Britain and Ireland, in a stylized version of the Triskelion. In this context, it may have much the same symbolic meaning as the clockwise triple spiral, as variants of each other. It was adopted by the early Christian church as a symbol of the triune god. It has also been broadly interpreted as a representation of multiple travels, or migrations, and multiple returns or homecomings, in keeping with the symbolism of the single counterclockwise spiral. Both the clockwise and counterclockwise versions are used in Celtic tattoo designs.

Although the spiral seems like such a simple symbol, but don’t be fooled. First of all, the spiral is a symbol of big concepts like evolution, life, consciousness, creation, and more.  Probably its most prolific appearance is in Celtic symbology, where we see the spirals decorating a myriad of their ancient artifacts. In this Celtic art and symbolism, we can intuit a few meanings from the forcefully present spiral.

In the aspect of spirituality, the spiral symbol can represent the path leading from outer consciousness (materialism, external awareness, ego, outward perception) to the inner soul (enlightenment, unseen essence, nirvana, cosmic awareness). There are also movements between the inner (intuitive, intangible) world and the outer (matter, manifested) world that is mapped by the spiraling of archetypal rings, marking the evolution of humankind on an individual and as well as collective scale. The spiral symbol as a symbol of rebirth or growth can represent the consciousness of nature, beginning from the core or center and expanding outwardly.

Symbolic Implications of the Spiral

There’s a reason why the spiral is featured heavily in the majority of cultures. First of all, it is an icon for expansive, cosmic wisdom, which our ancestors were highly connected to.  You can get a more intimate experience with this concept by incorporating the spiral in various ways.

For instance, you can try painting your spirals. Draw spirals or even make spiral symbol mosaics. Use any ways that appeal to you to create spirals, and as you do, imagine the controls of your mind loosening with each outward wave created as you move out in a spiral motion of your creation.

This exercise is similar to coloring mandalas. The idea is to get lost in the grandeur of creating. This mandala or spiral symbol represents a partner in the creation and can launch our dreaming mind into profound realms of awareness. 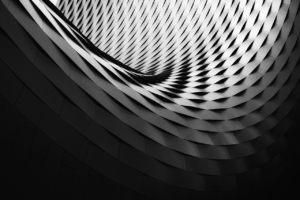 You can even get your whole body into the spiraling creative process. Walk a spiraling labyrinth as a conscious ritual for growth, the same way as some of our Native American forebears did (and still do). Find ways in which you can express the spiral meaning with your whole being, and the results should prove profound.

Intuiting Wisdom from Spirals in Nature

Take a couple of minutes to think about these spiraling aspects of nature and their implications on your perspective. Find your special spirals and use it as a tattoo design.