Home
Tattoo Meanings
What Are Browning Tattoos And What They Symbolize?

The American company that is known and responsible for the production of firearms for hunting, fishing, and other equipment is Browning Arms Company. People who own such a tattoo are huge fans of this company since they are willing to wear their brand on their skin.

The name Browning Arms Company comes from the famous firearms designer and developer John Moses Browning, whose designs deeply influenced civilian and non-military firearms, as well as military. For many people, Browning is one of the original fathers in weaponry, and they want to express their admiration by getting a tattoo of the company’s logo or even one of the weapons they designed over the years.

The Browning Company is top-rated in North America and has been a supply for hunters for nearly 150 years and is a foundation of pride and honor for many Americans. If someone has a Browning tattoo design, you can presume that they have a real admiration for the company that has such a rich history.

The main way that people like to get their Browning tattoos designed is by getting the bold stag precisely the way that it is in the company’s logo. Some of these designs show an outline of the deer in thinner lines, as others have bold back lines that have a more “filled in” look to them. These are design options for people who don’t want to get a multicolored tattoo and who adore the look of minimalist designs. Unlike some other basic brand designs, the Browning tattoo can look just as great as a bigger tattoo as it does as a minor one.

Many Browning tattoo designs include the camouflage print to fill in the outline of the deer profile, occasionally extending beyond the borders of the head to highlight the hunting theme. The thick line can be made in camouflage print as well, rather than the original black, or any other pattern or print.

If you wish to highlight American patriotism, the logo can be designed with the design of the USA flag within the borders of the stag outline. It is also possible for the flag to be placed waving in the background with the stag placed in the foreground. These tattoos serve to express national pride in addition to the worship of hunting and nature.

An additional Browning tattoo style that is also popular and that people like these days is the one with a landscape shown in the outline of the stag. This is a kind of tattoo that provides a cool natural look that borders on being abstract. The landscape can have everything in it, like mountains, water, and animals. This is a great way to express your love for the outdoors as well as your creative side. It’s one of the more complex Browning tattoos that you can get, but you can be sure that it will be a unique one.

The stag symbol is a common symbol of the hunter; calm, tolerant, and skilled. To achieve the hunting/hunter conception, deer prints may be included in the design around, above, or below the Browning logo. This is an incredible option for people who are fans of the company not only for the goods they are selling but also for the fact that they have a true enthusiasm for hunting or fishing.

In some designs, phrases are also included to simplify the meaning of the piece. For instance, phrases like “Country Boy” or “Country Girl” are commonly used to express worship and admiration of nature. These designs indicate that the owner finds comfort amongst the trees and under the sun, symbols of the outdoors that may be combined with the logo. “Southern Girl” is also commonly used to suggest that the owner was born in the southern United States, where hunting is more popular. All of these options are a great way to personalize the Browning tattoo without having to make radical changes to the original design.

The “ripped” or “cracked” skin design is another popular version of this tattoo. These designs often have a simple black logo, and they look like they are implanted in the person. This is a perfect way to reveal that the company and what they represent is so significant to you that it has become part of who you are. Also, it is a very cool design that stands out and captures people’s attention. 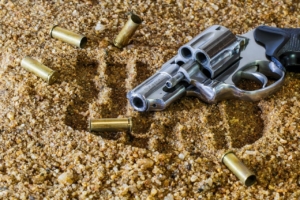 The adding of softer colors or feminine accessories such as a bow at the base of the antlers is what makes this design more feminine. The horns can be absent to create the image of a doe rather than a stag to express a sense of maternity and a guardian while the antlered stage conveys the concept of a warrior and masculinity. It is also possible for a fawn to be included in the design to emphasize the concept of motherhood and the power and instincts of a mother deer. Feminine Browning tattoo designs may employ feminine patterns like lace to fill the outline of the deer or may contain imagery that resembles jewelry, like pearls or chains. The jewelry may enhance the antlers to keep the original logo but with a feminine twist.

Family or matching couple tattoos use this design as well, with each partner getting a male or female Browning tattoo symbol. Generally, one is created more masculine and the other more feminine. As a family symbol, particularly one that enjoys hunting, the animals are designed together, facing each other, sometimes with the smaller head of a youngster in the center. Only the outlines of the silhouette are rendered, keeping in line with the Browning style.

When researching some Browning tattoo design ideas, you’ll want to think about the place on the body where this tattoo will look the best. If you already have a place for the tattoo on your mind, you need to find the design for that particular area. For instance, if you know that you want to place the tattoo on your forearm, you should find designs that fit perfectly there and can be seen from as many angles as possible.

Since the first appearance, tattoos are something that