The decision about which animal’s claw to include in your tattoo design can be challenging. This is because there are so many animals to choose from. The symbolism of these tattoos comes from the animal whose claws you’re representing. From bear to dragon to panther, all of these animals have intense symbolic meanings. These meanings stretch across time and cultures around the world.

Once again, the meaning of the claw tattoo depends on the animals whose claws you represent. In a more general sense, the animals and claws in this text represent this:

Thousands of claw tattoo designs depend on the animal you want to represent. They also depend on any cultural or symbolic meanings that animal has. Below are some excellent ideas for your tattoo design. Most of these designs will allow you to incorporate your unique personality. 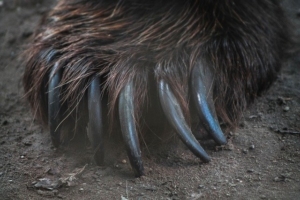 A bear claw’s tattoo can represent several different traits, from maternal instinct to being free of spirit. One possibility is to get a bear paw with prominent, sharp claws. This kind of design is often black, but you can choose any color to suit your design and style preferences. This paw/claw can have a footprint style. You can achieve this with careful shading creating the appearance of a 3D-like indentation in the skin. You can also include an image of a bear with its claws out into the foot of the paw. This kind of design can help others recognize what animal your claw tattoo represents. You can also connect your bear claws tattoo with Native American culture and symbolism. To achieve this, you should include tribal or totem symbols in your design. For instance, you can use a tribal pattern to make the toes.

An eagle claw tattoo is a perfect way to reveal your link with Native American and/or American culture and nationality. There are several ways you can highlight the eagle’s significance in Native American symbolism and mythology. You can make the eagle claws black, using tribal style. You can also get an eagle totem with prominent claws designed by you and your tattoo artist. One popular that shows American patriotism is the eagle claws ripping through the skin to uncover an American flag underneath. Another similar design sees the eagle’s talons decorated with red, white, and blue as they tear through the skin.

Dragon claws can include different cultures, ideologies, and meanings. To show an aura of power in your tattoo, you can have dragon claws cutting up and out through your skin. If you add some precise shading, the design will receive a 3D effect. Dragons’ mythical nature allows the claws themselves to come in whatever color or style suits the owner. From vivid pinks and purples to more traditional greens. From two-toed dragons to four-toed. The final design depends only on your wishes. Just make sure to incorporate some realistic scales to highlight the dragon effect.

A wolf claw tattoo distinguishes you from others getting wolf tattoos. The different design options will ensure that your tattoo is unique and personal to you. One way to include the wolf mythology and symbolism of Roman and Celtic cultures is to have their lettering beneath the tattoo. For instance, you can include your name or a specific wolf’s specific attribute that you want to incorporate. If the word is short, the letters can replace a wolf paw print’s toes, with the claws prominent above. To clarify that the claw tattoo is that of a wolf, design your tattoo to include a wolf image. You can do this by placing the wolf in the background of a paw and claw print design. Another way to exemplify this is by having claw marks reveal an image of a wolf underneath the skin.

The panther is exceptionally symbolic in Central and South American cultures. So, getting a panther claw tattoo can be a symbol of your heritage. It can also be a symbol of a place and culture to which you feel a strong connection. A perfect way to include the panther’s cultural significance is to have panther claw marks opening your skin. These claws reveal a tribal symbol or design underneath it. To make clearer which animal your claw marks, include a whole panther into the design. You can achieve this by having a panther within the paw and claws print and having the claw marks tearing through the skin to reveal a panther underneath.

As you can see, claw tattoos make some highly symbolic tattoos. Everything depends on what you want to portray. So choose your claw tattoo wisely.